One can’t pretend to think it’s a good idea, as national policy, to pull out of Syria right now – especially on the abrupt basis Trump outlined in a short video posted on social media on Wednesday.

Letting Iran consolidate the land bridge to the Mediterranean – pretty much inevitable, with a U.S. pull-out – is as bad a move as ever.  Twitching abruptly out of Syria may not leave the Kurds high and dry, precisely, but it does erode their position and its defensibility.  The same goes for other forces in the anti-Assad Sunni coalition.

A U.S. departure will be an open door to Turkey in Syria, although don’t kid yourself: Russia and Iran are well capable of putting limits on that form of enterprise.  Turkey won’t have a free hand.  Turkey will make things messier.  Iran is still the radical destabilizing element.

All that said, I think we may be surprised how quickly Washington will adjust to not having a U.S. foothold in Syria.  For one thing, Trump is, for the time being, right about this: ISIS has been effectively defeated in Syria.

That doesn’t mean ISIS is comprehensively defeated.  By no means.  But ISIS began transforming itself into an itinerant “state” builder several years ago, and has been rattling around in South Asia and Northern Africa, reaching out through social media to recruit cadre on six continents to enlarge its base.  The group has gone quiet about shaping Armageddon in northern Syria, and isn’t operating today on the basis of being tethered to that geo-eschatological vision.

ISIS presumably hasn’t abandoned the vision.  But the terror-state wannabes have apparently lengthened their horizon on it.

The bottom line, however, is that Syria is not now the optimum territory on which to take whacks at ISIS.  Trump seems to see something others don’t: that occupying territory in Syria isn’t about ISIS now – really hasn’t been for months – and it’s actually kind of stupid to hang around in Syria as if that’s the place to fight ISIS.

Yet making it about something else is a Johnny-come-lately proposition at this point, because Syria is also the subject of ongoing settlement talks in which Russia is playing the dominant role.

The U.S. leaving Syria won’t mean Syria descending into chaos.  I can’t say I like what it does mean for Syria.  But chaos is not in the offing.

In fact, I expect France and the UK to rapidly develop an interest in the Syria settlement talks.  Russia will still be in the dominant position, but the British and French will wander over on a coffee break from their domestic meltdowns, and the Saudis and Egyptians are likely to show fresh interest as well.

The U.S. does have national interests in the settlement in Syria.  It will affect the security of the entire “Great Crossroads,” including the maritime chokepoints, the Eastern Med, Europe, the Horn of Africa, and the Arabian Peninsula.  All things considered, I’d rather have a hand in the talks.

But there was never a basis for our hand to be a meaningful one, as long as our presence in Syria – and Iraq – was about “defeating ISIS.”  That’s too limited a strategic purpose for the U.S. to make national interests stick in settlement talks.

Trump never articulates these things in the language of statesmen, but it has been clear to me that he sees the reality of our position, and in fact sees it better than many of the professionals of statesmanship.  We’ve been overstretched on a limited AUMF for years now, and the elastic is sagging.  Some presidents would try to cobble together congressional support for some hybrid way forward on the same old course.  But that’s not Trump’s instinct.

It would also be a bad move, strictly from the standpoint of his own position vis-à-vis the incoming Congress.  The Democratic House isn’t going to concede him anything.  It will act against America’s interests just to spite him, in more ways than we can foresee.  Trump isn’t going to be able to operate responsibly and with initiative if he’s tethered to an ill-defined operational purpose in Syria.

I might wish for things to be different at this juncture.  Regular readers know I’ve long advocated cutting off Iran’s land bridge and taking a robust position in Syrian settlement talks in which the U.S. is a counterweight to Russia, and not a bit player.

I’m less worried than others seem to be about the unheralded abruptness of Trump’s move.  For one thing, I defy you to describe a realistic situation in which Trump could have laid groundwork for this gradually and gotten fair treatment for his plans in the press.  You know as well as I do he wouldn’t have gotten even truthful treatment.  The media would simply have lied about his intentions, and anonymous leakers in the State Department and CIA, along with the spinmeisters at Ben Rhodes’s National Security Action and David Brock’s Shareblue media, would have done everything they could to sabotage Trump’s messaging.

But there’s also an upside to the abruptness.  It clarifies the extent to which this is a reset.  Trump is manifestly cutting the tether to old policy shibboleths from the last decade and a half.  Lee Smith had an insightful article back in April in which he pointed out that U.S. troops in Syria are in some sense hostages to the JCPOA with Iran – but from Trump’s standpoint, it goes beyond that, I think.  As long as Trump continues on the course set years ago by other administrations, he is a hostage to all the political cant and doctrinal fixtures attending that course.

Some of those items are dynamics of alliance and opposition inside the United States; others apply more to what’s going on overseas.  Consider what takes an immediate back seat with this reset, for example: the Khashoggi scandal and the vote in the Senate, now in the rearview mirror and rendered virtually meaningless; the insinuating centrality of Qatar to the vision of Trump’s domestic opposition (pulling out of Syria resets the significance of coalitions with Qatar in them); the “need” to cooperate with Russia inside Syria; the specter of Iran retaliating against the U.S. in the manner of the Marine barracks bombing in Lebanon in 1983.

He’s dropping a lot of weight from the rucksack here.  Trump didn’t make the policies he’s been in an eroding position defending.  I perceive him deciding that now is the time to shed the tactical disadvantages he incurs by sticking with those policies, especially since the facts on the ground have significantly changed in Syria.

Ultimately, whether it was his intention to or not, Trump has just taken a big step toward resetting U.S. policy to the footing it was on prior to World War II.  Before the World War II settlement, the UN, and the Pax Americana, it was our study to defend our interests in an expeditionary manner, with as light a footprint inside other nations’ lairs, with their snatching fingers, as we could manage.  We projected power from offshore, with heavy-gunned get-away ships always at the ready.

Trump said pretty much exactly that in a video clip played over and over again today (which I can’t find as this goes to post, but will add if I can locate it later).  He says we can do what we need to from outside Syria.  He prefers to operate on that basis.

I don’t think he’s going to simply abandon the Kurds; it will be interesting to see what he does to arm and support them, and defend their interests.  I don’t expect him to provide less support to Israel either, or to Saudi Arabia in the fight against Iran’s proxies in Yemen.  But he’s not going to tie America to running around inside someone else’s maze carrying water and asking permission for things while being shot at.

That’s not the only definition of an option for remaining in Syria.  But, acknowledging the force of the valid, good-faith opposition to the pull-out, there must also be acknowledgment of an essential reality: that the House of Representatives will not cooperate with Trump on discretionary aspects of foreign policy in the next two years.  Without such cooperation, and in the absence of a strategic vision, and of moral comfort with the idea of having it, pulling out is not the worst of moves. 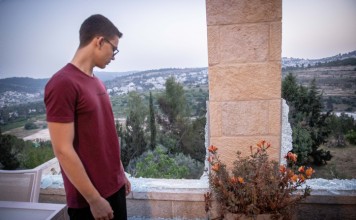 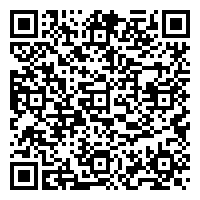