Ever since World War II, the United States has had a foreign policy where it supports its democratic allies and friends, and opposes its enemies. Today, in a simplistic tweet, U.S. President Donald Trump has just reversed this sound, longstanding American policy.

The critically important tweet read: “We have defeated ISIS in Syria, my only reason for being there during the Trump presidency.”

According to The Wall Street Journal, the evacuation orders have been given. As I write these words, some 2,200 U.S. service men and women are packing up their bags to leave Syria within the next 24 hours.

This is perhaps the most ruinous idea for the region since Obama’s 2015 Iranian nuclear deal. Both ideas have emboldened, enriched and empowered Iran—the greatest regional threat not just to Israel, but to the United States, which is patently apparent in their regime’s hostile rhetoric.

Both ideas, along with President Barack Obama’s unenforced “red line,” have created a power vacuum in Syria, where not only Iran but America’s other adversaries and potential enemies, such as Russia under Vladmir Putin, Syria under Bashar Assad and Turkey under Recep Tayyip Erdoğan, immediately have swooped in to fill the void.

If America is not there on the ground, it will not have a seat at the table regarding the potential outcome of this Syrian war.

This precipitous exit can only come from someone who lacks even the most fundamental   understanding of the nature of the Middle East, as well as the psychology of some of the actors. ISIS might be nearly defeated in its present form. However, the struggle for the members of ISIS and other radical Islamic groups is a passionate, ideological one. They might suffer a temporary defeat in battle, but they are convinced that they will eventually win the war.

Much like the Muslim Brotherhood in Egypt that went underground under the years of Mubarak—only to re-emerge under Mohamed Morsi—ISIS is likely to re-incarnate itself and emerge in a stronger form, such as the Al-Nusra Front.

Beyond ISIS (in whatever future incarnation it might decide to take), there is an entire array of complex threats in the region that will emanate from Syrian borders, which include but are not limited to Iran, with its proxy organizations the Islamic Revolutionary Guard Corps (IRGC) and Hezbollah. These nefarious forces are becoming more and more entrenched in southern Syria, and are as far south as Quinetra.

Bearing in mind that earlier this month, Iran fired a medium-range ballistic-missile test that U.S. Secretary of State Mike Pompeo said “is capable of carrying multiple warheads,” this leaves Israel totally exposed in its northern border.

I have often argued that there should be synergy between our foreign policy, and what is ethical and right. America has always been, hitherto now, a moral beacon, or as President Ronald Reagan had called it, “that shining city on the Hill.”

Moral beacons do not desert their friends.

What sort of message does this send to our friends in the region? We will be throwing the Kurds, our allies who have shed their blood together with us defeating ISIS, to the wolves? How does that make our other allies in other troubled regions of the world feel? What incentive would there be for other nations, such as Japan or South Korea, to trust us and want to ally themselves with us?

Throughout American history, there has been a familiar cycle of such isolationist tendencies. All of these have been like waving a rare, sizzling steak to the voracious, hungry dogs in the region.

One such example was the “America First Committee,” founded prior to World War II by Charles Lindbergh. In 1941, he said, “When history is written, the responsibility for the downfall of the democracies of Europe will rest squarely upon the shoulders of the interventionists who led their nations into war, uninformed and unprepared.”

As Franklin Roosevelt had said in response to this tendency: “Some indeed still hold to the now somewhat obvious delusion that we of the United States can safely permit the United States to become a lone island, a lone island in a world dominated by the philosophy of force. Such an island may be the dream of those who still talk and vote as isolationists. Such an island represents to me and to the overwhelming majority of Americans today a helpless nightmare, the helpless nightmare of a people without freedom; yes, the nightmare of a people lodged in prison, handcuffed, hungry, and fed through the bars from day to day by the contemptuous, unpitying masters of other continents.”

In the age of globalism and of medium- to long-range nuclear missiles, there simply are no safe islands we can retreat to. We should avoid the seductive impulse to flee from minor battles in the region. For by doing so, we will only pave the way for a much wider regional war. 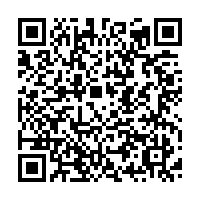