The 1.1mn excess consists of the inclusion of 400,000 Arabs living abroad for over a year, in defiance of internationally accepted standards, which stipulate their inclusion in the count of their new country of residence.

The 300,000 Jerusalem Arabs are doubly-counted as Israeli Arabs, by Israel, and as Palestinians by the Palestinian Authority.

A 32% excess in the number of births claimed by the Palestinian Central Bureau of Statistics was documented by The World Bank in a September 7, 2006 study.

Over 100,000 Palestinians, who received Israeli ID cards as a result of marrying Israeli Arabs, are doubly-counted as Israelis and Palestinians.

The Arab population growth rate, in Judea & Samaria, trends sharply downward as a result of surging modernity: expanded education among women, declining teen pregnancy, higher wedding age, shorter reproductive age, intensified use of contraceptives, rapid urbanization and youth emigration. Judea & Samaria Arab fertility rate was 5 births per woman in 2000 and 2.83 births in 2014. Median age was 17 in 2000 and 22.4 in 2014.

In 2015, Israel’s fertility rate (above 3 births per woman) is higher than all Arab countries other than Yemen, Iraq and Jordan.

The current potential of a 500,000 Aliyah wave (Jewish immigration) in five years – awaiting a pro active Israeli policy – further bolsters the future of Jewish demography west of the Jordan River.

Demographic reality sheds light on the systematic squandering of the American taxpayers’ money by the Palestinian Authority, which receives annual foreign aid, based – partly – on highly inflated numbers.

Once again, conventional so-called wisdom is refuted by reality, and the demographic trend is Jewish. Anyone claiming that Israel must concede geography (Judea & Samaria), in order to secure demography, ignores reality, and is either dramatically mistaken or outrageously misleading. 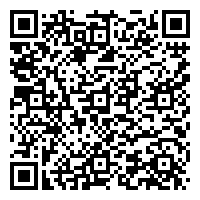