Sane people everywhere stand against the violence which occurred at the Jerusalem Gay Pride Parade. The stabbing and violence which incurred was unacceptable, hateful and the perpetrator should be sentenced to the fullest extent of the law.

Yet, we stand against the hatred of the New Israel Fund, an organization that supports a boycott of Israel, and their attempt to raise funds after this terrible attack. The violence against gay Israelis is not the act of the right-wing or the Orthodox – it is a despicable act of hatred by a criminal.


NIF’s claims to blame this on “extremists in Israel who have cultivated an ideology of hate and of homophobia”, and to somehow link this to “…the outcome of a dysfunctional political reality” are wrong.

Extremists of the NIF are rejected across the board in Israel – From right to left, all across the nation, this American Jewish extremist organization is rejected – and will continue to be. Those who support Israel, gay or straight, right-wing or left-wing stand against attacks on gays – and stand against boycotts of Israel.

We further reject NIF’s attempt to somehow make this about the Israeli government. Only a few weeks ago, when the US Supreme Court made their landmark ruling on gay marriage, Israel’s Defense Minister Moshe Ya’alon issued a statement which said, “The Supreme Court of the United States made an important, just and historic decision today.” Ya’alon added, “Every person has the right to marry and have children, regardless of their sexual orientation. I hope additional countries, including Israel, will follow in the footsteps of the United States and grant this basic right to all.”

Israel is the only country in the Middle East where LGBT rights are protected. As the Mayor of Tel Aviv recently said, “We are trying to create a model for openness, pluralism, tolerance – live and let live.”

For homosexuals of all races and religions, Israel is one of the most open places in the world.

Meanwhile, in the Arab world, homosexuality remains a capital offense, and gay rights a foreign term. ISIS celebrated the Supreme Court decision by throwing four suspected homosexuals off the roof of a building. Recently, Turkish riot police dispersed a Gay Pride event on Sunday using tear gas, water cannon and rubber bullets, as the event was unexpectedly banned by the Istanbul Governor’s Office. The Saudi Arabian Interior Ministry said gays would never have their rights recognized in the Kingdom. Throughout the Arab world, gay rights are trampled upon. In Qatar, where the 2022 Football World Cup will be held, homosexuality is illegal. In the Palestinian territories, The Palestinian National Authority awards the death penalty for homosexuals.

Israel’s First Prime Minister, David Ben Gurion famously said: “When Israel has prostitutes and thieves, we’ll be a state just like any other.” This was the act of a criminal as happens in any country, and he must be punished. 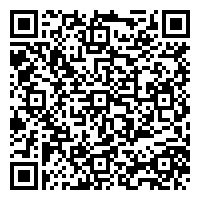