–As for those who are slain in the cause of Allah, He will not allow their works to perish. He will vouchsafe them guidance and ennoble their state; He will admit them to the Paradise He has made known to them (10:4-15).

–Allah has cursed the unbelievers and proposed for them a blazing hell (33:60).


–Unbelievers are enemies of Allah and they will roast in hell (41:14).

–When you meet the unbelievers, smite their necks, then when you have made wide slaughter among them, tie fast the bonds, then set them free, either by grace or ransom, until the war lays down its burdens [Different translation: When you meet the unbelievers in the battlefield, strike off their heads, and when you have laid them low, bind your captives firmly.](47:4) .

–Those who are slain in the way of Allah – he will never let their deeds be lost. Soon will he guide them and improve their condition, and admit them to the Garden, which he has announced for them (47:5)

–Muslims are harsh against the unbelievers, merciful to one another (48:25).

–Muhammad is Allah’s apostle. Those who follow him are ruthless to the unbelievers but merciful to one another. Through them, Allah seeks to enrage the unbelievers (48:29).

–Prophet! Make war on the unbelievers and the hypocrites and deal sternly with them. Hell shall be their home, evil their fate (66:9).

–The unbelievers among the People of the Book and the pagans shall burn forever in the fire of hell. They are the vilest of all creatures (98:51).

These verses have been directly informed by the Quran – and are being taken literally. So what should international human rights organizations regard as the threat: the Quran, Quranic instructions, or the people who are just following its recommended path? 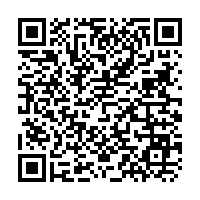