Home InDepth Analysis Obama’s Jewish Defenders
Share on Facebook
Tweet on Twitter
Two weeks ago, President Obama opened a diplomatic war on Israel. The proximate cause of his offensive was the Jerusalem District Planning and Building Board’s decision to approve the future construction of 1,600 housing units in northern Jerusalem.

The goal of the assault is twofold. First, it seeks to undermine the legitimacy of Israel’s control over Jerusalem in order to weaken Israel’s standing among the American public. As Obama adviser Martin Indyk mocked, Obama’s onslaught against Israel has made the Netanyahu government “supersensitive” about Jerusalem.

Second, as Obama’s advisors explained to The Atlantic, through his unprecedented attacks on Israel’s right to sovereignty over its capital city, Obama is working to topple Prime Minister Netanyahu’s government in the hopes of replacing it with a leftist government led by Tzipi Livni and Kadima.

It is a startling turn of events. Obama of course was elected to the presidency with the overwhelming support of the American Jewish community. Part of that support – which netted him 78 percent of the Jewish vote – was based on his repeated assertion that he was absolutely committed to Israel’s security.

Obama’s desire to overthrow the democratically elected government of Israel stands in contrast to his refusal to acknowledge the basic illegitimacy of the Iranian regime he seeks to appease. That government is founded on last June’s stolen presidential election that returned Mahmoud Ahmadinejad to power amid massive opposition from the Iranian people.

And of course the Iranian regime Obama coddles is publicly developing nuclear weapons with the declared purpose of destroying Israel; serves as the leading state sponsor of terrorism; and according to the U.S. and British militaries is training al Qaeda and Taliban fighters to kill U.S. and British troops in Afghanistan and Iraq.

In an interview with ABC News in January, Obama made clear that the transformative change he pledged to bring to America during the 2008 presidential campaign remained the goal of his administration. Indeed, he made clear that to enact the sort of unpopular, radical domestic and foreign policies he favors, he is willing to diminish his prospects for reelection. As he put it, “I’d rather be a really good one-term president than a mediocre two-term president.”

To enact his deeply unpopular domestic agenda, Obama relies for support on labor unions, the leftist leadership of the Democratic Party on Capitol Hill, the leftist media and pressure organizations like MoveOn.org. These organs work to demonize Republicans while threatening Democrats who are not leftists with defunding and primary challenges in order to coerce them to support Obama’s radical domestic policies.

Obama has cobbled together a similar coalition against the Netanyahu government specifically and against a strong Israel generally. His coalition for weakening the U.S. alliance with Israel is comprised of leftist Israelis – particularly the Kadima Party and the Israeli media – on the one hand and leftist pro-Palestinian American Jewish groups on the other. Together, these Israeli and American Jewish groups provide political cover for Obama’s onslaught against Israel and the U.S. alike.

The Jerusalem planning board’s decision was non-political. The board is staffed by professional urban planners, representatives of the nature reserves authority and other statutory bodies who convene to determine whether building schemes comport with law and building regulations or not. Its meetings never attract much attention.

As the Netanyahu government sought to understand how a routine meeting of the board became an international story, many officials alleged that Kadima had colluded with the Obama administration to exploit the board’s decision to provoke a crisis in U.S.-Israel relations. Kadima’s purpose in this, it was argued, was to lower the public’s support for Netanyahu.

These allegations have been supported by the fact that a week before Vice President Joseph Biden’s visit to Israel, Livni confidante and Kadima MK Yoel Hasson told Israeli Radio, “In the coming weeks we will see how messed up Netanyahu’s relations with the Europeans and Americans are.”

Whether or not Kadima colluded with the Obama administration to cook up the crisis over building in Jerusalem, Livni and her cohorts were quick to loudly condemn Netanyahu for the decision – about which he was uninformed and regarding which he has no legal authority to intervene.

In condemning Netanyahu, Livni and her Kadima colleagues were energetically assisted by the Israeli media.

All the major commentators at all the major newspapers pounced on the story as a means to attack Netanyahu and side with the Obama administration. Prominent among these condemnations was Yediot Aharonot’s senior commentator Shimon Shiffer. Ignoring Biden’s long record in the Senate of rejecting every sanctions bill against Iran, and his fair-weathered support for Israel, Shiffer declared Biden the greatest friend Israel has ever had in the U.S. Senate while lambasting Netanyahu for “insulting” this great friend of Israel by not preventing a meeting he didn’t know about and had no authority to interfere with.

With the Israeli Left actively supporting Obama’s onslaught against Netanyahu in Israel, Obama’s Jewish American surrogates J Street and Americans for Peace Now denounced his critics at home. In time for AIPAC’s annual policy conference this week, J-Street published a full page ad in The New York Times on Monday applauding Obama’s condemnation of Israel and calling for the administration to dictate the terms of a “peace” deal between Israel and the Palestinians.

These Jewish American and Israeli forces provide cover not only for Obama to attack Israel but even for anti-Semites to gain credibility for their vicious broadsides against the Jewish state. So it is that last week The Washington Post published an op-ed by Prof. Stephen Walt, the co-author of the anti-Israel screed The Israel Lobby. In his article, Walt claimed AIPAC, the Conference of Presidents of Major American Jewish Organizations and the Anti Defamation League are anti-Israel and that Obama, J Street and Americans for Peace Now are Israel’s true friends.

By inference, of course, Walt asserted that he too, is a great friend of Israel – this is from a man who won his fame by claiming Israel’s Jewish American supporters operate in a conspiratorial, underhanded manner to influence U.S. foreign policy in a way that harms U.S. national security.

By proclaiming that Obama is pro-Israel, his Jewish supporters in Israel and the U.S. invert reality. Their obvious intention is to use the jargon of supporting Israel to confuse, demoralize and disenfranchise Israel’s actual supporters in the U.S. while demonizing the majority of Israelis who believe Obama is hostile to Israel and support Netanyahu in his rejection of Obama’s pressure.

The overwhelming majority of Israelis, and Israel’s actual supporters in the U.S., must hold these mendacious voices in Israel and in the American Jewish community alike accountable for their actions.

Otherwise, by pretending to be pro-Israel while attacking Israel’s sovereign rights and actual supporters, these forces will do more than simply destabilize the democratically elected government of Israel. They will undermine the foundations of the U.S.-Israel alliance and endanger the security of the Jewish state and the wellbeing of the American Jewish community.

Caroline Glick is senior contributing editor at The Jerusalem Post. Her Jewish Press-exclusive column appears the last week of every other month. Look for her next column in the May 28 issue. 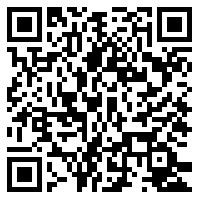