It’s a Band-Aid about to fall off, left in place partly for show at this point, and partly to constrain Israel.  In the Israel Project update linked at the very beginning of the post, there is a link to the audio recording of a conference call with retired Israeli General Eyal Ben-Reuven (you can click here as well).  One of the points he makes, albeit somewhat elliptically, is that intervening across the Golan armistice line is politically more difficult for Israel than intervening in Lebanon.  There is less recent precedent for it, of course, but for all the reasons discussed above, it also carriers bigger risks and implications.  Keeping UNDOF in place is a token of regional recognition of that.

But there’s no one with the power now to enforce what UNDOF purportedly stands for, because the spell of its unspoken promise – commitment by the great powers – has already been broken.  Certainly, given Hezbollah’s thorough intimidation and cooption of the UNIFIL mission in southern Lebanon, we should hold out no hope of a better performance from UNDOF, in the absence of U.S. intervention.  UNDOF will be ineffective, at best – if lucky to have the territory of Israel to flee to when it gets in trouble.

And everyone in the area knows it now.  The jihadi attack on UNDOF in late August and September, and its outcome, have shown clearly that there is no armed fist behind the mission.  That signal was followed inevitably by a serious ISIS push to establish a foothold in the Golan.  Iran and Hezbollah are reacting predictably by pushing forward with plans to harass Israel and make her react on a new front in the northeast.

Make no mistake, as the POTUS-in-chief likes to say: this is no short-term plan.  Both Iran/Hezbollah and ISIS envision a strategy that won’t be fulfilled until they plant their flags in Jerusalem.

More of your world without responsible American leadership.
Read more at http://libertyunyielding.com/2015/01/20/obamas-policies-bring-golan-boil/#qWcif32jLID3D7V6.99 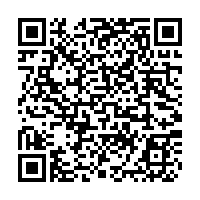