A heated confrontation between two MKs turned a routine committee meeting into a full-fledged waterfight Monday. The fracas occurred against the backdrop of a Knesset Education Committee session, with Knesset members discussing an Israeli-Arab high school principal in the town of Ar’ara who took his students on a human rights march last month. Labor MK Ghaleb Majadle was defending the principal when Israel Beiteinu MK Anastassia Michaeli interrupted him, saying “you are marching against the state.” Majadle promptly told her to “shut up.” When Michaeli responded that he was talking in a disrespectful manner, Majadle repeated his call for her to shut up and accused her of being a fascist. Majadle then asked Committee Chairman MK Alex Miller, also of Yisrael Beitenu, to silence Michaeli. At some point, Michaeli actually left the meeting, only to return and continue verbally sparring with Majadle. Appearing to get up to leave the session again, Michaeli turned and threw a cup of water at Majadle before storming out of the room in tears.

Majadle, visibly shocked, turned to Miller, and said, “She’s crazy. That says it all. I’m sure you wouldn’t condone such wild and fascist behavior. . .We’ll take this matter to the Ethics Committee and we’ll call her to order.”

After the incident, Michaeli was unrepentant: “Majadle will learn not to insult women. He hurt the honor of the Knesset and of this place.” Michaeli said she intends on filing a complaint with the Ethics Committee: “The times when a man can curse a woman in public, offend her and act violently are over. Times have changed. I won’t let anyone, as dignified a Knesset member he may be, the privilege to act violently. . .Water is great way to cool down.”

The Jewish Press’ Knesset Insider, Jeremy Saltan, reported that the usually routine session was split along national lines, with many of the Jewish MKs perturbed by the Arab MKs’ strident calls for unrestrained freedom of expression, even if directed against the state of Israel. Saltan also noted that Michaeli seemed agitated upon entering the session, increasing speculation that her conduct may have been related to the recent and sudden departures of two members of her staff. To be sure, Saltan said, Majadle had insulted Michaeli, and spoke disrespectfully to her throughout the exchange. In response, Majadele explained: “What I said was in line with the accepted regulations of the place. I didn’t use any offensive words to hurt her honor and status. When she continued to disrupt I told her: ‘Please shut up.'” Majadle ignored more pointed questions about having called Michaeli crazy and a fascist.

Later Monday, Knesset Speaker Reuven Rivlin announced that an ethics complaint would be filed against Michaeli.

Michaeli has a history of rocky relations with Arab Knesset members. She has sponsored legislation that they have condemned as discriminatory but that she insists merely reflects the Jewish nature and composition of the state. And during the Knesset debate about the Gaza flotilla in June 2011, she attempted to remove Balad MK Hanin Zoabi from the Knesset podium, explaining that “after Zoabi participated in the flotilla and then stood before a PLO flag,” she “had no right to take the stage.” 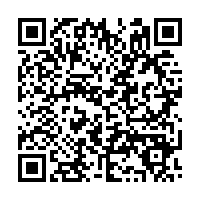