Above everything else in our relationship, Michael was immensely sensitive to my family’s Jewish observance and did everything to respect it at all times. When we would visit him at his homes and hotel suites he would always order kosher food from local restaurants for us. He developed a taste for the cuisine of some well-known kosher restaurants and would often go there on his own after getting to know the restaurant through me.

The speech I composed for him, based on our conversations, that was delivered at the Oxford Union in March, 2001 – one of his crowning achievements where he received a standing ovation and which, unfortunately, has yet to be released by his estate – was filled with Jewish references and wisdom. Michael told me to leave it all in. As a Jehovah’s Witness he felt an immediate kinship and bond with the Jewish people and their teachings.


Michael was an African-American male who told me that he and his family had experienced a great deal of discrimination in their lives. Surely it is adding insult to injury to accuse Michael of a racism that was never expressed through his actions and never felt in his heart. 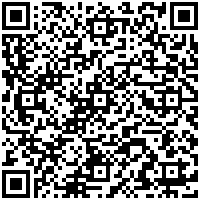