Resolution 1701 is indeed a failure and always has been a failure. The resolution is predicated on the false belief that UNIFIL, the UN force deployed along Lebanon’s border with Israel would work together with the Lebanese army to prevent Hizbullah from rearming and reasserting its control over Lebanon after the war. Yet, under 1701, Hizbullah tripled the size of its arsenal of missiles over what it was on the eve of the 2006 war. Hizbullah now has more than 40,000 missiles. That arsenal includes new long-range missiles capable of reaching Be’er Sheva and Dimona.

Not only has Hizbullah reasserted its control over southern Lebanon under Resolution 1701, it extended its control north of the Litani River. Moreover, the military and political power Hizbullah gained under 1701 paved the way for the group’s coup this past May. During its coup, Hizbullah demonstrated that it is the most powerful military force in the country. It also exposed the Lebanese military’s complicity and collaboration with its fighters.

That event then paved the way for the Doha agreement between Lebanese Prime Minister Fuad Siniora and Hizbullah in June in which Siniora, and the Lebanese democrats he represented, surrendered control over the country to Hizbullah. The terms of the agreement transferred control over the Lebanese government from Siniora’s democratic cadres to Hizbullah’s Iranian overlords by giving Hizbullah veto power over the government’s decisions.

Barak’s acknowledgment of 1701’s failure to curb Hizbullah’s emergence as the master of Lebanon and as an unprecedented threat to Israel was the first time an Israeli cabinet member publicly acknowledged the resolution failure. Notably, he made the statement two days before Israel effectively acknowledged Hizbullah as the victor in the Second Lebanon War by returning arch-murderer Samir Kuntar, five fellow Hizbullah terrorists and 200 bodies of Lebanese and Palestinian terrorists to Lebanon in exchange for the mangled corpses of IDF hostages Eldad Regev and Ehud Goldwasser, whose murder by Hizbullah on July 12, 2006, precipitated the war.

Unfortunately, in making his statement, Barak’s aim was apparently political rather than substantive. He didn’t offer any suggestions of how Israel should treat the Hizbullah threat that has emerged under UNIFIL’s firmly closed eyes. Barak decision to point out 1701’s obvious failure was nothing more than a bid to distance himself from Prime Minister Ehud Olmert and Foreign Minister Tzipi Livni ahead of what he sees as the inevitable downfall of the government as a consequence of the multiple criminal probes now being carried out against Olmert.

For the past two years, both Olmert and Livni have upheld Resolution 1701 as an unvarnished success. They have studiously refused to acknowledge that UNIFIL has done nothing to prevent Hizbullah from rearming or reasserting its military control over southern Lebanon. To the contrary, they have stubbornly clung to the false view – belied by reality – that UNIFIL and the international community can be counted on to fight Hizbullah for Israel. Each time another report comes out about Hizbullah’s rearmament, Olmert’s and Livni’s response is limited to submitting protests to the UN.

Olmert and Livni have two reasons to persist with their fiction that Resolution 1701 is a strategic achievement for Israel. First, if they admit it has failed, they will be forced to acknowledge their personal incompetence in embracing – and in Livni’s case taking credit for writing — a resolution that facilitated Hizbullah’s takeover of Lebanon.

It is unsurprising that Barak chose not to point out the policy implications of 1701’s failure. After all, Barak shares Livni’s and Olmert’s unwarranted faith in the international community’s willingness to defend Israel so that Israel won’t have to defend itself.

During his premiership, Barak justified his decision to withdraw all Israeli forces from South Lebanon and surrender Israel’s former security zone to Hizbullah by arguing that UNIFIL forces would fill the security vacuum Israel’s withdrawal precipitated. Then too, he supports deploying foreign forces on the Golan Heights following an Israeli withdrawal, as well as in a post-Israeli-withdrawal Judea, Samaria, Jerusalem and Gaza.

Given Barak’s alignment with Olmert and Livni, Barak’s sole purpose in noting 1701’s failure was to distance himself from Livni and Olmert ahead of the murderers-for-corpses swap that took place two days after his press conference. Barak wanted to draw attention to the fact that he was out of power during the war with Hizbullah so that he wouldn’t share the blame with Livni and Olmert for Israel’s defeat in that conflict.

Barak felt the need to distinguish himself from his colleagues because by supporting the prisoners-for-corpses swap, he became a full partner in that defeat.

This last point was driven home by Hizbullah chief of operations in south Lebanon Nabil Kaouk. In the aftermath of the murderers-for-corpses swap, Kaouk declared that the swap was “an official admission of Israel’s defeat.” The day after the swap, a poll of Arab countries showed Hizbullah chief and Iranian servant Hassan Nasrallah to be the most popular leader in the Arab world.

All of this brings us back to those elections that Barak is apparently certain Israel is about to have. Barak clearly believes Olmert will not run in those elections. Aside from Likud leader Binyamin Netanyahu, Barak’s main opponent will be Livni, whose reputation is wrapped up with Resolution 1701.

Barak’s self-interested, cynical refusal to point out the policy implications of 1701’s failure makes him substantively indistinguishable from Livni just as his support for the corpses-for-prisoners swap makes him as culpable for Israel’s defeat at the hands of Iran’s Arab foreign legion in Lebanon as Livni and Olmert.

If, when Barak’s expected elections do take place, the Israeli public merely rejects leaders it feels are responsible for the country’s defeat in Lebanon but continues to accept the strategy of depending on the kindness of strangers that led to that defeat, the country will not have taken any concrete steps in dealing with the dangers it faces.

Unless new leaders reject the failed strategies upheld by its current leaders, Israel will be unable to take the necessary steps to defend itself against the burgeoning threats that have arisen as a consequence of Olmert, Livni and Barak’s incompetence and self-interested blindness.

Caroline Glick is deputy managing editor of The Jerusalem Post. Her Jewish Press-exclusive column appears the last week of each month. Her new book, “The Shackled Warrior: Israel and the Global Jihad,” is available at Amazon.com. 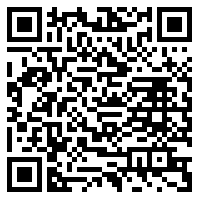