Two Israeli soldiers have been returned from captivity – dead!

I am not sure if Israel or America will ever learn that Arab terrorists are never to be trusted. These Muslims quote verses from the Koran, which they interpret as you may negotiate with an enemy using deception, if it will help you win. Deception is a cultural norm in the Muslim world, and our leaders keep thinking that Arabs have Western values of decency and concern for their fellow men. We are infidels to them and should not be fooled into thinking that they have the same standards of human compassion.
We are living in a time when Israel’s internal problems with a Prime Minister accused of various illegal and immoral activities are greatly weakening our nation. It has been said many times that any other prime minister would have immediately stepped down. Our Prime Minister, however, in a seemingly desperate attempt to save his government job, is negotiating with our enemies from a position of serious weakness and is endangering Israel’s future.
Our hearts cry with the Regev and Goldwasser families, but the freeing of a convicted murderer who murdered a 4-year-girl, her father and a policeman, in return for two bodies, has placed every Israeli soldier and every Jew in danger of being kidnapped and killed.  The Arabs have learned from this transaction that it does not matter to the Jews if the Jewish victim is alive or dead, so why go to the trouble of keeping him alive? A trade of dozens of dead Muslims for two murdered Israelis is acceptable, but why include five living murderers in the deal?
The Talmud discusses the issue of ransom and rules that prisoners should not be ransomed for exorbitant payment. This behavior only encourages the Arabs to kidnap more Jews to use as bartering chips for greater concessions. Today, the religiously- ignorant government cannot even draw up an intelligent agreement that stipulates “living” for “living.” The Arabs have no incentive now to keep prisoners alive because the Israelis negotiate and capitulate even for dead bodies. Why go through the trouble of keeping a prisoner alive? Our own weakness will be the cause of the deaths of more Jewish prisoners.
The Arabs celebrated the release of imprisoned murderer Samir Kuntar, as part of the deal, as a great victory. Not only the terrorists celebrated, but also the simple Arab in the street. What does this imply about who the Arab heroes are? After murdering a policeman and a four-year-old girl’s father in front of her eyes, Samir crushed her head with his rifle butt against a stone. This is an Arab hero. When will the Western World understand the difference between our values and theirs? Kuntar’s release brings joy and celebration to the hearts of the ordinary Arab on the street.
Israel mourns its fallen soldiers as the great Muslim celebration continues. It is their victory. How weak and sad we act. It is time for our weak and impotent Prime Minister and his Cabinet to resign. All Jews are embarrassed by Olmert’s refusal to concede his government seat.
We understand the desire of the dead soldiers’ families to bring them home for burial, but should Israel pay a ridiculous price for two dead bodies?
Is the release of Marwan Barghouti, another murderer and Arab leader, next?

The Democrats And The Jewish Vote 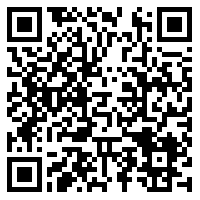