Iran’s regime has led the charge in opposing bilateral peaceful relations between Israel and the United Arab Emirates. It has been joined by Turkey, which threatened to sever relations with Abu Dhabi, and a few other voices, such as former deputy national security advisor Ben Rhodes, who played a role in the Obama administration.


The paucity of voices opposing the agreement have brought together an increasingly small chorus that is obsessively critical of Israel or which is aligned with the increasing extremism of Ankara and the regime in Tehran.

Ebrahim Raisi, Iran’s head of the judiciary, slammed the UAE deal on Saturday. He said US influence in the region was weakening in the face of the power of Iran’s “Islamic system” and that “the UAE has got in touch with the child killers,” a reference to Israel. “We do not consider the link between UAE and Israel as a link with the people of the UAE, only the ignorant rulers of the country.”

Iran highlighted Palestinian opposition to the UAE agreement, showing photos of Palestinians insulting the crown prince of the UAE and saying, “the road to Jerusalem is paved with the blood of our martyrs.”

Hamas also slammed the move by Israel, the US and the UAE, claiming that relations and normalization with Israel were a red line and a betrayal of Palestinians. A Hamas representative told Tasnim News in Iran that the deal was a betrayal of the “first prayer place” of Muslims, referring to Jerusalem and al-Aqsa mosque.

Pro-Iranian former Iraqi Prime Minister Nouri al-Maliki also condemned the move as a betrayal of Islam. Pro-Iranian militia leaders from Asaib Ahl al-Haq also slammed the deal. This theme of “betrayal of Islam” was common among the Muslim Brotherhood and Iranian regime voices and allies, linking both Tehran and Ankara.

Turkey’s presidential spokesman and adviser Ibrahim Kalin also spoke to US National Security Advisor Robert O’Brien about Ankara’s concerns over the UAE-Israel deal. Turkey is a supporter and host of Hamas. In that context the pro-government Anadolu in Turkey claimed that many groups in the Middle East had critiqued the UAE-Israel deal. However, in a region of hundreds of millions, the news agency could only find a few voices to quote in Kuwait, Yemen and Morocco. The report says that the Islamic Constitutional Movement, an offshoot of the Muslim Brotherhood, critiqued the deal in Kuwait. In addition, Yemen’s al-Islah Party was quoted as calling the deal a “historical crime.”

In the US, Rhodes and Congresswoman Rashida Tlaib (D-MI) were some of the only high-profile voices that appeared critical of the peaceful connection. Rhodes was a standout as one of those who amplified criticism by downplaying the deal.

“This agreement enshrines what has been the emerging status quo in the region for a long time (including the total exclusion of Palestinians),” wrote Rhodes. “Dressed up as an election eve achievement from two leaders who want Trump to win.” The election is several months away. Rhodes also retreated another criticism of the deal which noted it could lead to drone sales.

US Ambassador to Israel David Friedman said Rhodes was wrong about how easy the deal was and noted it had not been accomplished during the previous administration.

Rhodes is a frequent critic of both Israel and the UAE. On August 11 he compared Israel to authoritarian regimes such as Russia, Turkey, Hungary, Egypt and Zimbabwe. He frequently calls Israel’s leadership “racist.”

In January he compared UAE to other countries such as Saudi Arabia, Venezuela, China and Russia and said in September 2018 that the US was outsourcing policy in Yemen to Saudi Arabia and the UAE. He tweeted in August 2019 about the “depth of corruption of US policy in the Middle East due to Saudi/UAE efforts.”

He constantly slams the UAE over “paid speaking opportunities” and influencing US policy, as well as harming the Iran deal. A search of Rhodes tweets show he rarely critiqued Qatar, reserving his criticism for the UAE.

Qatar’s Al-Jazeera network was also at the forefront of attacking the UAE deal. It ran a story on how its ally Turkey might suspend ties with the UAE. Turkey also has relations with Israel. It also ran two op-eds attacking the deal as cementing “Israel’s war on the Palestinians.” It claimed Palestinians “unanimously” rejected the deal.

The main voices against the UAE-Israel agreement were thus a small collection of countries and groups. Iran and Turkey were the loudest countries against the agreement, while Iran’s affiliates in Iraq and among Turkey’s allies in the Muslim Brotherhood, also slammed the deal. 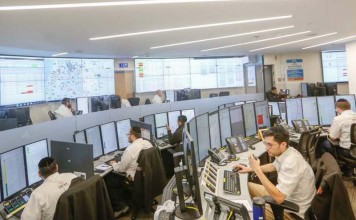