A diplomat involved in the talks between Israel and the UAE told Kan 11 News Wednesday morning that the UAE expects that Israel would not oppose or try to prevent arms deals or any other deal between the UAE and the United States, just as Israel did not oppose the deal to sell F16 aircraft to the Emirates under Prime Minister Yitzhak Rabin.

Kan 11 News reported Tuesday night that the Trump administration continues to push for advanced arms deals with the UAE. The administration has attempted intensively to get a green light from Israel for the sale of F35 and advanced technologies – when a statement from the Prime Minister’s Office earlier on Tuesday clarified just how much the Americans pressed on the issue (Netanyahu Categorically Denies F-35/UAE Report).


The strongly-worded denial includes a timeline of Netanyahu’s unequivocal opposition to the F-35 sale to the UAE, as well as who else was informed, when, and how the message of opposition was repeatedly reiterated to the US administration. The timeline concluded on 3 August, when “on instruction from the Prime Minister, Israeli Ambassador to the US Ron Dermer met with US Secretary of State Pompeo and underscored Israel’s opposition to the sale of F-35s and other advanced weapons systems to any country in the Middle East.”

Netanyahu’s persistent press release concluded: “The peace agreement with the United Arab Emirates does not include any reference to arms sales and the US has made it clear that it will always take strict care to maintain Israel’s qualitative edge.”

Furthermore, Netanyahu then took a completely unusual step, and explicitly threatened to go over the Trump administration’s head and take the issue to Congress.

Until now, Netanyahu has been walking on eggshells when it comes to dealing with President Trump, and this break in behavior could mean that someone in the Trump Administration didn’t comprehend that repeatedly embarrassing Netanyahu over the application of sovereignty is one thing, while crossing a red line on Israel’s security is a whole different ball game.

The diplomatic source told Kan 11 that while the agreement indeed does not contain a clause dealing with the sale of weapons, nevertheless, the understanding is that Israel “expressed a willingness not to try and block” if and when such a deal is on the table. According to the diplomat, the UAE believes that the threats against Israel and the emirates are identical (meaning Iran – DI), and therefore upgrading the emirate’s military is in the interest of Israel and the region.

Not necessarily. In a region where political stability can end abruptly with a coup d’état or an invasion, those upgraded weapons can find themselves in the warehouses of those enemies of Israel and the region. Also, despite the occasional deviation (we now know of three), the IDF fundamental combat theory is that it must posses a clear technological advantage over all the other powers in the Middle East, foes and friends alike.

White House chief of staff Mark Meadows on Tuesday declined to comment whether the US intends to sell the advanced aircraft to the UAE, but when asked if Israel’s military superiority will be preserved, he responded: “I think it will preserve. We must never underestimate the ability of the Israelis.”

Which really isn’t the same as an outright commitment not to sell F-35s to the UAE. It’s more of a friendly pat on the shoulder of a guy you just fired – I know you, Jimmy, you always land on your feet. 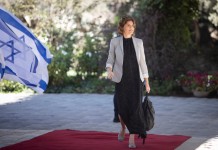 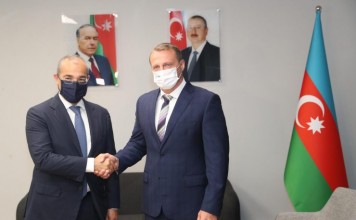 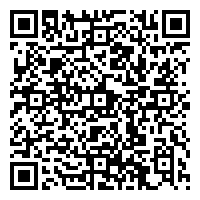