It’s really pretty simple. The American people understandably don’t want to go to war with Syria, not to mention Syria’s patron of Iran and especially not to put into power the Muslim Brotherhood and murderous Islamists. Going to war is a serious matter to say the least. There’s no assurance how long it will take, how many lives it will cost, and what turns it may take.


In fact the Middle East has just had several examples of these wars. Iraq and Afghanistan cost a lot of money and lives as they extended for a much longer time than had been expected. In addition they derailed the Bush Administration’s electoral fortunes and domestic programs. With the main emphasis of the Obama Administration being a fundamental transformation of America such distractions are not desired.

There is one other important consideration. The Obama Administration does not accept the traditional diplomatic and great power strategies. It believes that it can reconcile with Islamist states; it does not comprehend deterrents; it does not keep faith with allies; and it does not believe in credibility, which is the belief that only power exerted can convince a foe of seriousness.

Of course, that wouldn’t rule out a one -time targeted attack but even if that were to be done is America going to fight a full-scale war on the ground with the American allies (including al-Qaeda) never satisfied and eager to stab them in the back?

The administration has trapped itself with two problems. One is that the rebels who are being supported in Syria are extreme radicals who may set off blood baths and regional instability if they win. The other is that a challenge has been given to very reckless forces: Iran, Syria, and Hezbollah. When the United States threatens these three players the response is “make my day!”

So this is the situation. The United States is bluffing, it does not want to exert force and probably won’t. In other words, Iran and Syria would be quite willing to fight a war but the United States and its government doesn’t have the will to do so.

What is the optimum option for the Obama Administration ? To try to negotiate – as unlikely as it is – a deal in which some kind of interim or coalition arrangement would be arranged with Russia and Iran to make a transition from the current regime. And that mainly means stalling for time.

That could work, though, if the regime does not actually win in the war. Aid to rebels and some gimmicks, perhaps but no decisive action. Remember. though, that Iran cannot be said to have won as long as the civil war is continuing. The Administration can simply depend on denial, which should be sufficient for domestic purposes.

There is, however. a problem. The two sides Syrian sides want to wipe each other out. Why should the Russians and Iranians make a deal if they have a winning hand? No diplomatic arrangement is possible. In fact the diplomatic option is fictional or, to put it flatly, there is no alternative.

It is not inconceivable that the White House would consider easing sanctions on the Iranian nuclear program to have a chance on making a deal on Syria.

What is likely then is stalling, with the probability that the civil war will settle into stagnation for several years and thus a de facto partition of Syria. The United States simply can’t win given what it is willing to do. And in a great power standoff that’s a very dangerous situation.

Remember. though, that Iran cannot be said to have won as long as the civil war is continuing. The Administration can simply depend on denial, which should be sufficient for domestic purposes.

Finally, ask yourself one question: Will the United States under Obama dare a confrontation with Iran, Syria, and Russia to keep up American credibility, deterrence, and confidence of allies who it is already opposing on Egypt?

Of course not. This is already a president who could barely decide to kill Osama bin Laden. 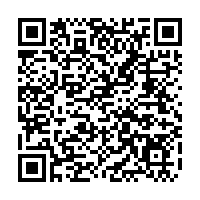