The Israeli Film Festival has cancelled scheduled screenings of award-winning French-Canadian film Inch’allah, following complaints it was “anti-Israeli” and should never have been part of the event, WA Today reports.

The decision to pull the film was made by Albert Dadon, chairman of the Australia Israel Cultural Exchange, which presents the festival.

Dadon said the inclusion of Inch’allah was “an error” in the first place, because the film was a French-Canadian production, not an Israeli film.

But the Australian-Jewish web site J-Wire quotes a festival patron, David Schulberg, who says he wrote the organizers condemning the inclusion of Inch’allah, which he called “anti-Israeli,” saying that it “gravely misrepresents the situation that exists in the Israeli-Palestinian conflict, highlighting the alleged suffering of Palestinians at the hand of the Israelis by distorting and distending the facts on the ground”.

Schulberg also noted that the director, Anaïs Barbeau-Lavalette, whose film is the tale of an Arab doctor driven to become a suicide bomber, was one of 500 Montreal artists who had signed a petition in 2010 supporting the boycott, divestment and sanctions (BDS) movement against Israel.

Sol Salbe, who attended a Melbourne screening of Inch’allah, said he felt the removal of the film was wrong, and made for the wrong reasons.

Film critic and broadcaster Peter Krausz labelled the decision to withdraw the film from the program “appalling,” claiming it “makes us a laughing stock around the world.”

Here’s the plot summary of Inch’allah, from Rotten Tomatoes:

Chloe (Evelyne Brochu) is a young Canadian obstetrician working in a makeshift clinic in a Palestinian refugee camp in the West Bank, where she treats pregnant women under the supervision of Michael (Carlo Brandt), a French doctor.

Facing daily checkpoints and the separation barrier, Chloe is confronted with the conflict and the people it affects: Rand (Sabrina Ouazani), a patient for whom Chloe develops a deep affection; Faysal (Yousef Sweid), Rand’s older brother, a fervent resister; Safi (Hammoudeh Alkarmi), their younger brother, a child shattered by war who dreams of flying across borders; and Ava (Sivan Levy), a young soldier who lives next door to Chloe in her apartment in Israel. 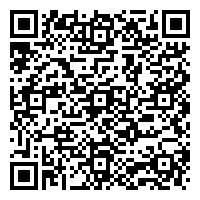