Israel apologizes to Turkey, reads every headline. That simply isn’t true in the sense it is taken to imply. To understand what happened one must examine the long negotiations on this issue.


The issue began when several ships were sent to break the Israeli sanctions on the Gaza Strip in May 2010. These sanctions were put on by Israel—Egypt, then under the government of President Husni Mubarak, had its own restrictions—against a radical Islamist regime in the Gaza Strip that openly rejected peace, used terrorism, and called for genocide against the Jews and the elimination of Israel.

This flotilla was not interested in helping the people of Gaza. It refused to land the cargos in Israel and have them passed across the border after inspection. Rather, the goal was to help Hamas. A key role in the flotilla was played by the IHH, an Islamist group that has been involved in terrorism, backed by Turkey’s government.

These ships were intercepted by Israel’s navy and after warnings were seized. On all of the ships this happened without any injuries except on the Mavi Marmara, where radical jihadists with weapons had sworn to fight. They attacked the arriving soldiers, injured several, and took a couple of soldiers hostage. At that time the soldiers opened fire and several Turkish citizens were killed.

It is important to understand that the flotilla issue was not the cause of Israel-Turkish problems, which had begun long before. The real basis was the election of an Islamist government in Turkey. Discussions inside the Israeli government for years had known Prime Minister Erdogan’s hatred for Israel but did not want to be seen as responsible for any breakdown of relations.

During the talks, Erdogan made three demands:

Israel rejected these demands and instead offered:

* To say it regretted the clash and the loss of life. This is like saying: If I offended anyone I’m sorry.
* It offered to pay voluntarily as a humanitarian gesture, not as part of a guilty plea, the families of those killed.
* Israel rejected any change on its policy toward the Gaza Strip.

Now, a compromise has been reached, apparently with some help from President Barack Obama. The agreement, which includes restoring normal bilateral relations, has been portrayed as some sort of Israeli surrender.

That is simply not true. The agreement is much closer to Israel’s position. There is no change on Israel’s strategic policy toward the Gaza Strip at all. While the word “apology” appears in Netanyahu’s statement, it is notably directed at the Turkish people, not the government and is of the sorry if your feelings were hurt variety.

Moreover, Israel denied that it killed the Turkish citizens intentionally, a situation quite different from what Erdogan wanted, and offered to pay humanitarian assistance to families.

Should Israel have expressed regret when it should instead receive an apology from the Turkish government for helping to send terrorists to create a confrontation?

On purely moral grounds, no. Yet as I pointed out Israel did not abandon its long-standing position on the issue. It does not want an antagonism with the Turkish people nor one that will continue long after Erdogan and his regime are long out of office. Perhaps this was undertaken to make Obama happy and in exchange for U.S. benefits. But what has happened is far more complex than onlookers seem to be realizing.

Perhaps these seeming word games and niceties are beyond the interest or comprehension of many people, but everyone involved directly on this issue knows exactly what is happening. Erdogan knows very well that this was not a Turkish victory—except in public relations– though Israel won’t object to letting it be claimed as such.

Israel acted to try to reduce the tension with Turkey but without any illusions that the Erdogan regime would now be friendly. Indeed, there were implications that Erdogan was breaking his commitment on the deal. Immediately afterward, he said that a legal case against Israeli officers for alleged responsibility in the death of the Turks would continue and he was not yet sending back his ambassador to Israel. This might be posturing for a few hours or a real deal-breaker. We will see.

Obama’s role in this deal is not clear. (I have made clear to readers that I’m not just bashing Obama reflexively but I will also continue to analyze his actions as accurately as possible.) Did he put any pressure on Erdogan or Netanyahu? Did he promise either or both sides some benefits for making a deal? Not yet clear.

The danger is that this is the kind of arrangement that is all too common in the region. The media proclaim progress; the political leaders say what they want; but nothing changes in reality. One possibility is that Obama doesn’t understand (or doesn’t care) how deeply Erdogan’s anti-Israel feeling runs just as he doesn’t understand how deeply that is true for the Muslim Brotherhood.

Still, this deal is clearly in U.S. interests since it supposedly heals a rift between two countries that are close allies to itself in Washington’s eyes. As I said above, let’s see if this deal sticks or if there is any progress in fixing Israel-Turkey relations in the coming weeks. 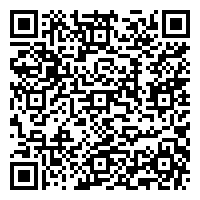