I want to keep this brief so I’m not going to present a lot of supporting information — I’ll leave that for my next book, Silent Revolution, about how the far left first hijacked liberalism and key institutions, then hijacked America — but I hope you’ll see why the following argument makes sense.

The great advantage of the Obama administration and the far left has been concealment and deniability. They deny their extremism and sugar-coat their message, helped by the mass media and other institutions ranging from Hollywood through academia. Many sophisticated people — including those who aren’t leftists themselves — still believe that Obama is a regular liberal or even a centrist and think the idea that the media and academia are dominated by the far left is ridiculous.

But the Occupy Wall Street movement isn’t this sophisticated “New New Left” but instead is like the Old Left and 1960s’ New Left in its rhetoric, methods, and symbols. It openly talks about anarchism, Communism, Marxism, and overthrowing capitalism. Unlike the clever Obamaites, these people have learned nothing from the fall of Communism or the failures of the previous two lefts.

Moreover, the Occupy movement is not like previous protests that have won sympathy among Americans like post-World War I veterans seeking the bonuses promised them, or unemployed workers during the Depression, or African-Americans treated as second-class humans seeking equal rights. No, this is an upper middle class movement of the spoiled, seeking more consumer goods and “free stuff” generally. And it views the American people themselves as the enemy, despite the talk of representing the “99 percent.”

The American people are not going to identify with them and no media whitewash will change that fact.

Then there’s the open hatred, the violence and vandalism, the takeover of other’s property, the hygienic and crime issues. True, the media may play all of this down but it’s sort of hard to avoid seeing or hearing about people trashing the downtown neighborhoods of your city.

Such instability and extremism will drive more voters to oppose Obama’s reelection.

Of course, it is profoundly shocking to see the U.S. government’s top officials endorse this radicalism and nihilism. Sure, a lot of the activists want to help Obama but they’re not doing so. Quite the opposite. Then, too, the movement wants to put across its themes — which are also the administration’s themes — about the greedy rich and how government must take over more and more of society.

Certainly, the Obama administration wants to use the movement to its own benefit. But it does so in the wrong way, being too obviously on the side of extremists who are being too obvious in the views that have been winning in America because the true implications and agenda were kept secret by the radicals-pretending-to-be-liberal in the Obama administration and key institutions.

If Obama, his colleagues, and so many in the media and academia weren’t on the far left they’d be denouncing the openly radical movement, explaining to it the error of its ways, and highlighting their own differences in philosophy and goals.

And if those same people were smart or less secure, they’d be following that strategy anyway in order to protect themselves from exposure and criticism.

Incidentally, this is still another way that the radicals-pretending-to-be-liberals are different from real liberals. The real, pre-1920 Progressives — as opposed to those who used that name to camouflage their radicalism — and the New Deal in the 1930s proposed reforms very consciously as a way to defuse the left and avoid a radical revolution. Then the mainstream Democratic Party was anti-Communist during the peak Cold War years. For the Obamaites, however, there is no enemy on the left, not even the Reverend Wright, the Black Panther Party, or Bill Ayers and Bernardine Dohrn.

Yet while the “New New Left” packaging has been so amazingly effective, these people in the OWS movement are returning to the old, failed methods of the Communists and New Left.  Take a look at any photo essay by PJ Media’s Zombie, among others, for very graphic proof.

I think that letting these people get out of hand is a suicidal mistake for the Obama administration. No matter how hypocritical it would be, Obama and his cohorts could easily  denounce this movement at no cost whatsoever. It could explain that they are well-intentioned but are going about it the wrong way, that they should work within the system, register people as voters (even if they’re dead or non-citizens), get on the government payroll as EPA enforcers or IRS agents, and so on.

After all, the New New Left did precisely that and might preach the same to the next generation of activists, people indoctrinated by its own cadre. Instead, swollen with pride (hubris goes before the fall) and a sense of endless smugness and invulnerability, they think they can get away with anything. I think they’re wrong. 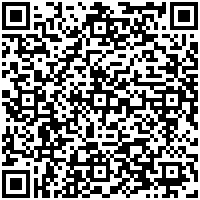