No matter how much the US tries to help the Palestinians, it will always be viewed by many of them as an enemy.

Last week, President Barack Obama gave $147 million to the Palestinians. A few days later, Palestinians demonstrated in Ramallah against the US and boycotted a ceremony held by the US Consulate-General. The protesters carried placards which read: “USAID go out!” and “We reject aid from those who deny our people the right to self-determination.”

USAID is the leading provider of bilateral development assistance to the Palestinians. This agency has given the Palestinians more than $3.5 billion since 1994 for programs in the areas of democracy and governance, education, health, humanitarian assistance, private enterprise, and water resources and infrastructure. The demonstration in Ramallah was held outside a hotel where US officials organized a ceremony marking World Press Freedom Day.

Palestinian Authority policemen were deployed outside the hotel to prevent angry demonstrators from disrupting the ceremony. The protesters chanted slogans denouncing US “bias” in favor of Israel. They accused the US of “covering up” for Israeli “war crimes” and blocking the Palestinian leadership from receiving UN recognition of a Palestinian state.

More than 20 Palestinian professional unions and other organizations announced a boycott of the US-sponsored event for the same reason.

Many Palestinian journalists who were invited to cover the event also decided to stay away. Their representatives accused the US of supporting Israel and working toward “normalizing” relations between Israelis and Palestinians.

In a similar show of hostility, US diplomats who visited Ramallah several months ago had shoes thrown at their vehicles.

As far as most Palestinians are concerned, the “friend of my enemy is my enemy.” Palestinians hate the US because of its continued support for Israel. The Palestinians want the US to endorse all their demands and force Israel to give them everything.

As one of the leaders of the demonstrators explained, “The US will remain our enemy for as long as it does not fully support the Palestinians.”

US threats to veto Palestinian Authority President Mahmoud Abbas’s statehood bid at the UN have only intensified anti-US sentiments among the Palestinians.

The Americans can pour billions of dollars on the Palestinians every year, but that won’t change their hearts and minds, especially toward the US. The same applies to the rest of the Arab world, where the masses continue to strongly detest the US.

The $147 million that Obama released to the Palestinians will probably help pay salaries of civil servants and improve infrastructure in Palestinian cities and villages, but the aid will surely not change the Palestinians’ attitudes toward the US.

The anti-US sentiments are the direct result of incitement by the Palestinian Authority and other Palestinians against the US. Palestinians are reminded almost every day that the US, which has been providing them with billions of dollars, as a foe rather than friend, although no one seems to ask how come a foe is so generous.

US aid should be conditioned not only on transparency and accountability in the Palestinian Authority, but also on an end to the campaign of hatred and incitement, as officially agreed in the Oslo Accords, but never implemented.
Originally published by Gatestone Institute http://www.gatestoneinstitute.org 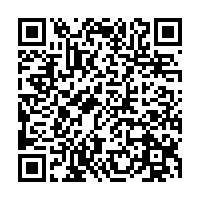