To make someone miserable it’s not necessary to inflict bruises or shed blood. Just ruin their ability to rest.

In my last post, I discussed the vital importance of sleep for health. Malignant forces such as the Soviet Union and East Germany have long understood the inverse power of targeting sleep to disorient and demoralize people.


It seems that Gaza’s terrorists understand this also.

Thousands of rocket attacks perpetrated against the Sderot area in recent years have murdered several Israelis and maimed others. Numerous more citizens have been internally damaged in a form that would make the KGB and Stasi proud.

A husband and father from Sderot said in 2005:

“We can’t sleep; we are always afraid that a Qassam will hit the house.” Another resident said the following year, “We can’t live like this anymore. We can’t sleep at night.”

The current mayor of Sderot wrote in April:

“On the last day of the Passover holiday, I slept fitfully, feeling anxious and despondent as my own children prepared to go back to school. Their walk to school was accompanied by rocket alerts and distant explosions, which have long provided the soundtrack of their childhoods.”

It has been noted that every rocket attack is attempted murder. That is true, but I think the perpetrators feel victorious whatever the result. Do you think Hamas doesn’t know that its aggression has caused widespread anxiety, depression, hypertension, increased miscarriages, and other sickening phenomena? There is no such thing as a rocket attack without victims, because each siren and blast re-traumatizes brains and bodies.

And why have so many citizens been neurologically and physiologically wrecked this way? Because one of the world’s strongest states chose to let them be wrecked by Islamist neo-Nazis as that state pretends to learn from the Holocaust. Showing blasphemous contempt in this regard, Hamas launched rockets on Yom HaShoah in 2008 and this year.

Rabbi Joseph B. Soloveitchik zt”l wrote in the context of Tisha B’Av that “the enemies of the Jewish people are the enemies of Ha-Kadosh Barukh Hu.” May an authentic Jewish government rise in Israel that enforces this truth and enables the citizens of Sderot to heal. 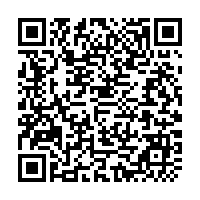