The Book of Esther, which is read on Purim and to which that holiday is dedicated, has been interpreted many ways. Yet there is much to be understood by analyzing the story in terms of political ideology and strategy.


Ahasuerus is the powerful king over Persia and much more. He holds a banquet and invites the leaders of all of the provinces to come in order to wield together his diverse empire by showing his wealth, strength, generosity, and bringing together his political elite in terms of fellowship and equality with each other.

While drunk, he orders Queen Vashti to come to the banquet to display herself. She refuses, for unspecified reasons, and his advisors urge him to depose her and select a new queen. A young Jewish woman, Esther, is among the candidates. Urged by her uncle Mordechai, she conceals her religiosity-ethnicity, enters the competition, and eventually wins.

At this point, the story introduces a new theme. The king makes Haman prime minister. Mordechai, for unspecified reasons, refuses to bow to him. On discovering Mordechai is a Jew, Haman resolves to destroy all the Jews in the empire.

The story provides a sophisticated analysis of antisemitism:

First, Haman’s antagonism toward all Jews springs from a personal and psychological conflict. This has often been true in history including today.

Second, that conflict is then dressed up in political language to justify it to the ruling authority and the masses.

Third, Haman provides the classic, statement of non-theological antisemitism that could easily fit into the nineteenth and twentieth century and even today, mirroring the kinds of things hinted for example by nominee for secretary of defense Chuck Hagel. Haman explained:

“There is a certain people, scattered and dispersed among the other peoples…of your realm, whose laws are different from those of any other people and who do not obey the king’s law, and it is not in your majesty’s interest to tolerate them.” In other words, the Jews comprise what would later be called a separate national group. It is impossible to assimilate them; they are disloyal due to dual loyalty; and despite their apparent weakness they plot against you.

I’m sure that Hagel is not antisemitic in any conscious way yet he echoes the same themes that Haman used. Haman might have said that he was not a “Jewish” minister but a “Persian” minister, who would not bow down to the Jewish lobby whose interests subverted those of the nation.

A contemporary problem in understanding antisemitism today is that hegemonic political, intellectual, and informational forces in the West want to measure antisemitism by conscious intent and not by the use of well-worn historical (these are even in the Bible!) themes, though that is precisely the criterion that they do use in examining just about any other sort of bigotry. They also begin by excluding all non-Western populations from possibly being antisemitic. But Haman was residing in a non-Western society.

Fourth, antagonism against the Jews camouflages a desire to loot their wealth, in other words material gain.

The king agrees—after all, his most trusted courtier has just told him it’s a kill or be killed situation—and issues the decree for genocide.

In contradiction to these claims of Haman is Mordechai’s good citizenship. This would later become a major theme of Jewish assimilation—I don’t use the latter word in a pejorative sense here—that Jews must prove they are the best, most loyal citizens. Mordechai saves the king by uncovering a real plot against him. By his example, Mordechai shows Jews are not subversives and disloyal.Yet Mordechai’s good behavior is useless if the king doesn’t know about it. Suppose mass media existed and hadn’t covered Mordechai’s behavior but reported on all of Haman’s speeches?

Especially remarkable is the behavior of Esther. Warned of Haman’s plan, Esther wants to do nothing lest she place herself at risk. After all, she is a fully “assimilated,” even hidden, Jew. But Mordechai reminds her: Do not imagine that you will escape because of your high position.

It’s easy to suggest that this can be compared to the Nazi desire to kill all Jews on a “racial” basis. But there are many types of such situations. What’s especially interesting is that Esther’s situation shows how individual Jews can try to set themselves apart to be immune or even prosper from persecutions: converted Jews against steadfast ones in medieval times; Modernized, semi-assimilated Jews against traditionalist immigrants in America and Western Europe; and anti-Israel Jews against pro-Israel ones and Israel itself today. 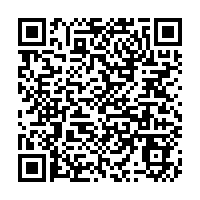