A reader asks: where are all these tens and even hundreds of millions of Muslim anti-Islamists.

I wrote an entire book about the liberals and moderates called “The Long War for Freedom.” There are a number of scholars who have written such books, even analogies of moderate Muslim writings. Oh, yes, and then there is every book and article written by non-Islamist Muslims over decades.

The problem today is that we are caught between two lies. The mainstream Western lie is that Islam is a religion of peace full stop. There is nothing at all militant in its texts. A small fringe of extremists have misinterpreted it or are even heretics. So all Muslims are moderates pretty much, either moderate moderates or moderate Islamists. And anyone who says otherwise is an Islamophobic racist.

That is a lie.

But then there are those—far smaller in number and lacking power in the mainstream media or universities but present in other places—who say Islam is the problem full stop. It is inevitably militant, extremist, and violence. There is no such thing as political Islamism because all Muslims want Sharia dictatorships. So the radicals are proper representatives and there are few or no moderates at all. And anyone who says otherwise is a wimpy apologist sell-out.

And that’s a lie.

Let me once again define the two key groups of Muslims who are anti-Islamist and relatively moderate by far in comparison:

Muslims who are moderates are people whose religion is Islam but are not revolutionary Islamists. They might be Arab nationalists, or pro-democratic; they might be primarily loyal to identities as Turks, Kurds, Berbers, Iranians; or supporters of a communal-ethnic grouping like the Sunni Muslims of Lebanon or many of the Muslims of both types in Iraq or a variety of Muslims in the former Soviet republics and Russia itself who have national or communal identities. [Note: I don’t consider Alawites or Druze to be Muslims but if you do then you can count them as anti-Islamist Muslims, too.]

And don’t forget all those Indian Muslims and Muslims in many countries who might support any one of many different parties or movements. There are Muslims who are left-wing, too. And then there are huge numbers of African Muslims who aren’t Islamists but have other loyalties.

In other words, lots of Muslims have their own political views. Remember for example that 60 percent of Tunisians voted for secular parties. In Turkey, the Islamists had to disguise themselves and there are so many opposed to them that if the rival parties ever got their act together they could toss them out of office. Even in Syria there are lots of liberal, moderate, or traditional Sunni Muslims. If we only helped those people rather than the Islamists (thanks to Obama policy and its funneling through Islamist Turkey and financing by Qatar and Saudi Arabia) the moderates might even win.

These people listed above vary in their religious views from pious, to different varieties, to lax, or secular but they are still Muslims.

There are far fewer people who could be called moderates who want to reform Islam in some active way. Perhaps it is the relative shortage of these people that is misleading. The number of liberal Muslim reformers is not large, partly due to repression and intimidation. To some extent, though not completely, a lot of the alleged power of the reform movement is a creation of Western apologist propaganda. Yes, real moderate reformers do exist—a variety of articles and books deal with their ideas—and they are courageous people. Unfortunately, the Western mass media often favors the phonies.

Yet aside from all the varieties of Islam (one of which is the moderate Sufi view) and relative secularists and the sincere but relatively inactive Muslims, there’s something else, too. I call it conservative-traditional Islam and it has been very powerful. Conservative-traditional Islam has dominated, for example, the Arab world and Iran and Turkey and lots of other places for decades. It has several different approaches.

Among the Shia there is the “Quietist” Islam which means to be very religious and stay out of politics. This is the Islam that Ayatollah Khomeini battled, defeated, and his regime has tried to repress. But it is very much alive and one day—though it might take many decades—it will boot out the Islamists of today right to the bottom of the Persian Gulf. It is also very active in Lebanon and in Iraq, too. 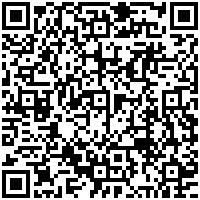