When it comes to modesty in dress there is a wide variety in the way various segments of Orthodox Jewry put it into practice. But the basics are the same for all. Without getting into the details of the basic Halacha, I will just say that modesty for women requires that she cover those parts of the body that are considered “her nakedness” (Erva). Those are the biblical parameters which apply in all places – at all times in public. The rabbinic parameters (Tznius) go beyond the biblical requirement and are relative to the culture where one resides.

So that in places like Iran, a Jewish woman may be required to follow the modesty customs of that culture which go far beyond what is biblically required. In places like America, the biblical and rabbinic parameters are the same. Modesty in western cultural terms do not meet even the biblical Erva standard.


Some of the more right wing segments of Orthodoxy insist on taking matters of Tznius to much greater lengths than Halacha requires – even those that live in westernized cultures like America and Israel. For example, even though an exposed lower leg below the knee is not considered Erva, Chasidic – and many other Charedi communities require that it be covered anyway. And consider it highly immodest if a woman’s leg below the knee is fully exposed.

Which brings me to two articles in the Forward. One by Judy Brown, a woman who is Charedi. The other by Simi Lampert who is Modern Orthodox. It is interesting to see the similarity of attitude expressed by both.

One might think that a Modern Orthodox woman would be put off by the attitude expressed by the Charedi woman. But in both cases they seem to be saying the same thing. Which is that they understand the purpose behind those modesty rules. And both expressed the desire to follow them.

Both women have the desire to look attractive by western cultural standards and have tried on immodest clothing in private just to see how they would look. Both thought they looked great, and both would never consider wearing such clothing in public. They both feel a level of comfort in following the modesty rules.

The difference between them is cultural and not Halachic. In the Charedi culture, the idea of not wearing stockings is considered a Tznius violation. So much so that when an error in perception was made about the Mrs. Brown not wearing stockings even though her legs were covered below the knee, all hell broke loose. Here is how she tells the story:

[T]he young man passing by the yard declared that he had seen me with bare legs. Like a careless whore…

It was Tuesday, mid-August, a (very hot) day… I filled up the baby pool for my children in the yard settled on a plastic chair with cherry ices and dunked my legs in the pool, right where the water spurted from the hose.

It was then that the Hasid passed. It was then that he saw me — beige pantyhose transparent, legs seemingly bare — and, looking quickly away, hurried to tell the rav. I had not seen him at all. I did not know of the bewildered chaos going on in his mind until later that night, when my husband came home and stared at me quizzically.

The rav had called, he said. Could it be true? That I had sat outside with no pantyhose at all?

Of course she was wearing stockings and it was just a misperception on the part of a passerby. The point here is how seriously this Chumra is taken in the world of Chasidim. As ‘modern’ as Mrs. Brown became in other areas, this area is sancrosanct to her.

This would never happen in Modern Orthodoxy. Of course modern Orthodox Jews do not have the infra structure or the desire to dictate how its members dress. As Mrs. Lambert points out:

If my rabbi approached my husband about what I was wearing in my own yard, I’d almost definitely move. The very next day.

While both communities follow the same Halachos of modesty there is no mechanism, or really any pressure in Modern Orthodoxy that would force a violator to adhere to Halacha. One will find that modesty laws are occasionally breached by those I would call MO-Lite. The kind of guilt described by Mrs. Brown does not exist in MO circles, at least not on the level she seemed to have about it. 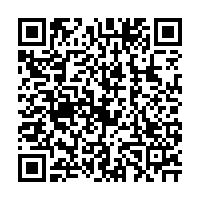