They drew a Star of David and wrote, “We do not remain silent in the face of stone throwing,” but the phrase “price tag” did not appear among the graffiti, according to reports.


It is the fourth suspected ‘price tag’ attack in Jerusalem in the past month and comes less than a week after a similar attack on the Arab town of Abu Gosh, west of Jerusalem, and a week after Israel’s security Cabinet labeled “price tag” attackers as an illegal organization but stopped short of calling them terrorists. 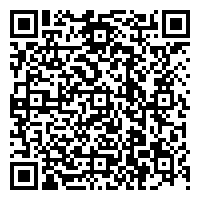