Frankly, Beit Shemesh cannot compete with the neck-and-neck US elections of 2000 – between Bush & Gore.

For an election by over 100,000,000 US voters to be decided by just 537 solitary votes in Florida, was astounding. A statistical and historical feat which cannot be repeated. It took from the election date of 7th November to the final Supreme Court decision on 12the December for the final result, the Bush victory, to be absolutely final.


However, that unprecedented 2000 US election aside, the Beit Shemesh municipal elections are probably the most contentious I have known.

The municipal elections were on October 22, and two weeks later, no-one knows if the game in Beit Shemesh is over, with just 930 votes separating the election day victor Moshe Abutbol, from contender Eli Cohen.

Beit Shemesh’ equivalent to the hanging, dimpled, or pregnant chad of the malfunctioning voting machines in Florida – is election fraud.

For example, there were over 800 invalidated voting slips – allegedly due to deliberate tampering.

Many recorded cases of duplicate voters – people who arrived at the voting station and were amazed to be told by election officials “you have already voted, good bye!”

Buildings were stuffed with more registered voters than could possibly live there.

And, to cap it all, the extensively publicised case of over 200 fraudulent ID cards, found in two apartments and a vehicle on election day in Beit Shemesh.

Whereas some of these alleged incidents may have been spontaneous, others were too extensive and sophisticated, and clearly required organizational structures, chains of command, and money.

With the publication of the gagged details of the arrests in Beit Shemesh, the picture is becoming clearer that an organized mafia was apparently running the election fraud campaign.

The cliche rule is to follow the money, and at the street price of 300 NIS per ID card for 250 cards is a neat 75,000 NIS. That’s just for one aspect of what seems to have been a far wider scam. Such money is not from individual enthusiasts – but is campaign money.

Shaya Brand, Yakov Porush (son of MK Meir Porush), David Tefilinski are listed amongst the suspects. These are “machers” who hustle around the elected officials and run the political party Koach.

What is even more disturbing to me than the mafiosa, a la Chicago, who appear to be running the upper echelons of Beit Shemesh, is the religious garb of the alleged crimes.

A low-point in the elections was a “Kol Korei” rabbinical announcement demanding that the the faithful vote for Moshe Abutbol, and one of the chareidi parties “Chen,” in return for blessings, while cursing-out (“poresh min hatzibur”- loosely “traitor”) anyone who didn’t vote or God forbid, voted for another candidate or party.

(Perhaps the national rabbonim never saw or signed this document…).

Overlooked at the time, was that this Kol Korei, which undoubtedly influenced wavering voters to vote for Moshe Abutbol, was in contravention of the Election Law, Section 122.

It also carries a five year prison sentence for anyone who breaks this law.

Whereas this may sound excessive, the reasoning behind it is to avoid rabbonim from issuing fatwas and Israeli elections becoming jihads. Once a specific candidate or party is standing in the Name of God, campaigning can become a dangerous crusade and deeply corrupted.
As indeed seems to have happened in Beit Shemesh.
The Kol Korei was mass-distributed door to door in Beit Shemesh, was proudly hung up in synagogues, and was published in a local “newspaper” Chadash. The Kol Korei was an official propaganda document in the Moshe Abutbol/Chen election campaign.

It is very unclear if there is enough objective evidence to force a re-vote – as there are few precedents for this in Israel. This will become clearer after the Election Committee of the Knesset reviews the Beit Shemesh elections next week.At this stage, the Fat Lady Hasn’t Sung.

However, if the mafia was toppled in Chicago by a bust for tax evasion, perhaps the alleged mafia in Beit Shemesh could be toppled, by enforcing Election Law, Section 122. 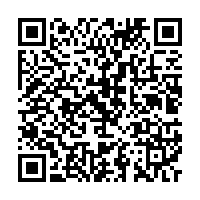