The festival of light has dispelled the darkness caused by an anti-Semitic attack by vandals at Rowan University in Glassboro, New Jersey last week. Chabad of Rowan University teamed up with the school’s Hillel group to light a public menorah on the university campus, distributing colorful flyers inviting students to “Light the Night!”

Multiple swastikas and other anti-Semitic markings were carved into several doors in a residence hall on the Rowan University campus on Dec. 3, university officials said, adding that the vandalism seemed “random” because none of the students living in the hall were Jewish.


Located in the southern New Jersey town of Glassboro, 18 miles southeast of Philadelphia, the university had a Jewish student population of approximately 800 in 2013, out of a total of some 13,000 at the time. Those numbers have risen with each year that followed.

“I was horrified to learn about [it],” said Rabbi Hersh Loschak, Chabad-Lubavitch emissary and co-director of the Rohr Family Jewish Student Center at Chabad of Rowan University.

“I believe that it is particularly significant that this incident took place during the Chanukah season,” Loschak said. “We commemorate Chanukah by lighting an additional candle each night of the eight day holiday, increasing in light and thereby minimizing the darkness.

“We refuse to be intimidated or frightened,” he continued, “in fact, we will use this incident as a motivation to increase the light and expand our programing for Jewish students on campus,” he said. 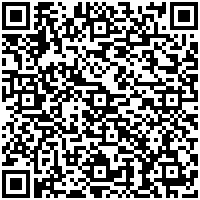