Britain, Belgium and Germany devote resources, energy and attention to Israeli affairs that do not concern them. The German government has even funded a study that deals with the level of Jewish studies in Jewish schools in Israel!

Among all the news in Israel about submarines, protests, investigations and the new school year, some other events have taken place recently. They may have not made it to the headlines, but they are important. The common theme linking all these events is a blunt, arrogant European meddling in the Israelis’ daily lives.


The fact that Europe sees itself as the boss over here in Israel is nothing new.

The generous funding of Israeli NGOs such as B’Tselem and Breaking the Silence by European governments is old news. Nevertheless, the European meddling is taking on a new form and is not limited to simply funding Israeli organizations; It is not even limited just to matters related to the Israeli-Palestinian conflict.

In a normal world, one would think the Europeans should be devoting all their vigor and money to taking care of the terrorism that threatens them back home, or the swarm of Muslim immigrants into their land, which poses real challenges and hardships. But in our world, European countries feel the need to devote resources, energy and attention to matters that do not concern them in the slightest.

Here are three instances, from three countries, and this is just a taste of what is happening.

The first is Britain. This week, employees of the British Consulate in Jerusalem were seen at Jerusalem’s Nahalat Shimon neighborhood (Sheikh-Jarrah). They did not come to enjoy Jerusalem’s clear air. They came to protest the eviction of a family that had illegally inhabited a home it did not own, had not paid rent, and that was evicted by the execution office. A simple and elementary legal procedure in any state. But the evicted family was Arab, and the family that legally entered the home was Jewish. The British did not like this, and the consulate representatives were sent to hold a mini-rally against the Government of Israel. Would the Israeli government ever dare to act similarly towards Britain?

The Europeans have invested tens of millions of dollars in Judea and Samaria, with the goal of seizing as much land as possible and expropriating it de-facto, undermining Israeli control.

The second country is Belgium. I came across a small article titled “Belgium demands compensation from Israel,” and I wondered what the State of Israel dared to do that required compensation. It turns out that Israel decided to enforce its law, and demolish a fraction of the many illegal structures funded by the European Union that are being built in Area C for the Arabs. It is no secret that European countries marked Area C as a strategic goal several years ago. They have invested tens of millions of dollars in these territories, with the goal of seizing as much land as possible and expropriating it de-facto, undermining Israeli control.

Over these six structures, which were built illegally and demolished by Israel, Belgium is now demanding “explanation and compensation.” Not only have they broken the law and breached the Oslo agreement – they have the nerve to reprimand and demand compensation. The nerve may be infuriating, but what is most puzzling is the fact that Belgium is one of the countries most threatened by radical Islam in Europe – and they are busying themselves with Israel.

The last country, and this is just the tip of the iceberg, is Germany. The German interference alone can fill entire articles, which would indicate a deep obsession with everything that is happening in Israel. The Germans have long taken interest not only in the Israeli-Palestinian conflict. They have moved on to meddling in internal Israeli affairs within “Israel proper,” and in this case, they have been interfering with contents taught in the Israeli education system.

The German government has funded a study that deals with the level of Jewish studies in Jewish schools in Israel!

One of the latest reports published by the far-left group Molad – the same report that brought the word “religionization” (“Hadata”) into Israeli public discourse – is titled “How the religious right-wing has taken over values education in public schools.” The tone in the report is anti-religious (some would say anti-Jewish), and behind the report stands none other than the German government.

How do I know this? It is explicitly stated: “This publication was produced with the support of the Rosa Luxemburg Foundation, with funding by the German Federal Office for Economic Cooperation and Development.”

Did you understand this? The German government has funded a study that deals with the level of Jewish studies in Jewish schools in Israel. It is exactly as bad as it sounds, including the historical connotations that naturally spring to mind, because after all, 72 years is a very short period of time in human history. It is still fresh.

Occasionally, representatives of the German funds will highlight the importance of Israel’s ties with Germany, of the money, the weapons, the submarines, the cooperation.

Let’s make it clear. When Germany sells submarines to Israel (a touchy subject these days), it is not philanthropy. When Germany collaborates with Israel, it is a win-win situation, because both sides benefit.

When Germany compensates the State of Israel or Holocaust survivors, it is not a donation – it is a material and moral historical obligation, and it is only a small bit of compensation for what cannot be compensated for.

Israel can be criticized and disagreed with. We will not throw Auschwitz into the air in response to any shred of criticism, but when the German government interferes with Jewish studies in Jewish schools in Israel, it seems different. This is not legitimate criticism of Israel, especially when it comes from Germany.

I have no intention to demean Europe. Europe is important, period. Germany, Belgium, Britain and other countries throughout the continent are important allies. They are important to Israel because of economic consideration such as trade agreements and exports, as well as technological, academic, military and diplomatic collaborations, and we shouldn’t forget the splendid Belgian chocolate, either. We should not discount these countries or hastily sever any ties, but we also do not need to lower our heads because of every whim of any state, important as it may be. The colonial phase of the Middle East is long gone. Precisely since the countries are so important, we would be better off standing up for ourselves, and not bowing down to this continued and repeated disrespect and arrogance.

And one last word to the representatives of these European countries: As much as you may try to educate us – you will achieve the opposite goal. Do not patronize us Israelis. Do not demean us, even if this is frequently whispered to you by the left-wing organization you work with. A sure way to lose the Israeli public’s trust, and it is already happening, is to try and educate it, to meddle in its daily lives and in the future of its children. The Israeli public is smart, independent, alert and suspicious, it remembers history and has knowledge of international relations. The Israeli public knows what is good for it. It is called democracy. 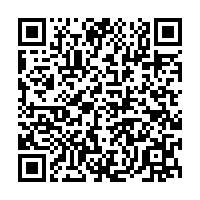