Islam is a flexible religion: religious obligations allow exceptions, subject to circumstances. Muslim religious scholars balance countervailing obligations to determine when exceptions apply. Understanding such balancing of necessities in Islam is not only important for public policy, but also for understanding how an identical set of religious beliefs can be used to justify war or peace, terrorism or peaceful coexistence.

Fasting During a Ramadan Olympics

As the London Olympics are underway, London organizers of the Olympics, according to a report in the New York Times, are supporting the needs of Muslims athletes, “with more than 150 Muslim clerics on hand to assist athletes, as well as fast-breaking packs including dates and other traditional foods.”


As it is also the month of Ramadan, during which Muslims are obligated not to eat or drink, even their own saliva, from sunrise to sunset, spare a thought for the more than 3,500 Muslim competitors, who, if they strictly observed Ramadan, would be abstaining from food and drink from the first prayer of the day (Fajr) at 2.44 am through to the dusk prayer (Maghrib) at 8.53 pm (as at July 29, 2012, see Islamicfinder.org).

Optimum sporting performance cannot be expected from athletes who go without food or drink for over 18 hours — a circumstance which would not be fair to them.

Many Muslim Olympians now in London will therefore not be fasting. Some may rely on religious rulings (fatwas) which exempt sportspeople from the Ramadan fast, such as a ruling issued in 2010 by the German Central Council of Muslims, that Muslim professional footballers, because they depend upon football for their living, need not fast during Ramadan.

The United Emirates, using a different approach stated that players may omit the fast as long as they do not stay in one place for more than four days. This is based upon a standard exemption for travelers during Ramadan (Sahih Bukhari, 3:31:167). Another exemption, following advice from imams in Morocco, is being used by English Olympic rower Moe Sbihi, who announced that he will donate 60 meals to poor people in Morocco for each missed fast day. Many Olympic athletes are postponing their fasts until their sporting commitments are completed. However, the Moroccan football team are fasting and trusting that Allah will help them to victory. All Muslims agree that fasting is obligatory during Ramadan; they differ in the exceptions they make.

“Necessity”: Balancing What Is Forbidden with What Is Permitted

There is a powerful principle in Islamic jurisprudence, the “Law of Necessity,” that permits what is forbidden — the end justifying the means. If a goal is obligatory, then the means can also be obligatory, even if otherwise they might be forbidden.

In Islam the universe of possible human deeds is divided into what is obligatory, permitted neutral, disliked, or forbidden. Then there is the need to balance the pros and cons of every act. This is a world of choice which can embrace a necessary evil, or take a pass on a good deed for the sake of a greater good.

Some “Law of Necessity” exceptions go back to Muhammad; they are hard-wired into Islamic law. A case in point is the exemption for travelers during Ramadan, which some athletes rely on. Another exemption for travelers, which also comes straight from Muhammad, allows Muslims to catch up on prayer times later than the correct hour.

Life raises many complex challenges, and the balancing of obligations and prohibitions may require more subtle reasoning, dependent on context. The renowned medieval Muslim scholar al-Ghazali explained how the principle of balancing necessities can be used to make lying permitted or even compulsory, according to the circumstances:

“Speaking is a means to achieve objectives. If a praiseworthy aim is attainable through both telling the truth and lying, it is unlawful to accomplish it through lying because there is no need for it. When it is possible to achieve such an aim by lying but not by telling the truth, it is permissible to lie if attaining the goal is permissible … and obligatory to lie if the goal is obligatory . …” (The Reliance of the Traveller, p.745-46, paragraph r8.2)

Yusuf al-Qaradawy has written extensively about the jurisprudence of “balancing necessities.” He explains that interests and pros and cons of any deed must be balanced, one against each other and weighed carefully. 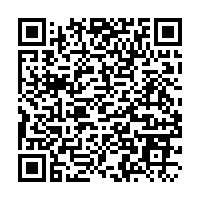