In a piece by Italian journalist Giulio Meotti for Israel National News we read that the last Jews of Sweden are departing for more amicable locales.

In the seventies, the community had more than 2,000 members: today there are less than 500. The others left for Stockholm or for Israel.

The Simon Wiesenthal Center issued a warning to all Jews who visit Malmo, “hide public religious signs and do not speak Hebrew.”

The Departure of the Jews
Advertisement


Jews in Europe are not only losing their rights to walk in safety in the streets of their towns and neighborhoods, they are even being robbed of their public identity as Jews so that their “filthy-footed” presence does not incite the local Jihadis or Islamists into fits of bloody genocidal rage.

Before the attack in Copenhagen, a year ago, there were 23 children in the Jewish kindergarten in Malmö: today there are only 5 left. The armed guards in front of the school triggered panic and parents prefer to enroll their children in public school. It is the end of Jewish identity. Some people whispered that the synagogue of the city will soon be turned into a museum. From 2010 to today, the synagogue lost a third of the faithful. The rabbi, Shneur Kesselman, is constantly attacked in the streets: almost 200 episodes of anti-Semitism in ten years.

But this kind of thing has been going on for the Jews of western Europe, and particularly towns with high rates of Arab-Muslim immigration like Malmö, for many years now. It is not an exaggeration to say that traditional Arab-Muslim violent prejudice against Jews, now justified through the demonization of the Jewish state, is driving Jews out of their homes in Europe.

If a Jew cannot walk down the streets of Marseille without looking over his shoulder for the sudden appearance of a knife-wielding maniac screeching “Alahu Akbar” then Jews have lost their freedom to live like normal human beings in the European countries of their birth.

According to Meotti, a European Jewish Congress poll shows that around one-third of European Jewry, about 700,000 people, is considering emigration out of what is becoming a European nightmare.

This is what Malmö teaches Jews all over Europe: for the Jews, the next step after removing the kippah is leaving the city and then the country. The once placid and civilized Sweden, the “paradise of refugees” has turned into a nightmare for the Jewish people.

Few non-Jews in Europe care about this unjust Quran-based malice toward the Jewish people because they think that nefarious “Zionists” support the allegedly racist, colonialist, imperialist, militaristic, genocidal, apartheid, racist State of Israel and, thus, richly deserve whatever beatings Arab-Muslims wish to dish out.

So, Jews have lost their freedom to live normal lives in Europe, but now native Europeans are learning what Jewish Europeans have known for a long time, i.e, they are not safe in their homes, their townships, or their country.

The Decline of Western Europe

In a relatively new German blog concerned with the immigration crisis we learn that in the small city of Hilden, Germany, a 36 year-old Iraqi migrant attempted to rape an 8 year old German girl who managed to escape. The German news media, in-line with Angela Merkel’s open-door immigration policies, barely covered the story, just as they are down-playing all such stories up to, and including, the mass immigrant attacks on women in the city of Cologne.

It took four days for the German news media to even bother covering that story.

So now even the most tolerant parent in Hilden will, from now on, probably stop letting his or her children walk around their small town alone. The chance of an incident just rose from tiny enough to be ignored to still very small, but no longer negligible. And everyone knows that this small but significant change in the level of social trust came about for one reason alone: that hundreds of strangers, mostly young single men from a vastly different culture, were brought into their sleepy community.

For Germans to live in fear of the “Syrian war-refugees” – which, for the most part, are not Syrian war-refugees – is to sacrifice a serious measure of their well-being, both physical and otherwise, and to rob their children of the freedoms that they, themselves, took for granted when they were young.

After the series of Taharrush Gamea in Cologne on New Years Eve, what the India Times calls The Sickening And Terrifying Arab Rape Game That Is Spreading Across Europe, Cologne’s Mayer, Henriette Reker, told the young women of her city, “It is always possible to keep a certain distance that is longer than an arm’s length.”

In Munich they have even started distributing flyers to immigrant men that suggest that assaulting women may not be a very good idea.

What accounts for this unbelievable stupidity, insensitivity, and refusal to take the necessary measures to clamp down on these remarkable scum, is politics. Reker, like many western European politicians, opinion makers, and media people, is heavily invested in the immigration policies of Merkel, Sweden, and the EU. She is, therefore, willing to fling young German women to the rapists rather than stand against an immigration policy that is violently shaking Europe and that could easily lead to the demise of its liberal, democratic nature.

Media Complicity
Europeans concerned about this mass migration of Middle Eastern and North African Muslims into Europe are regularly lambasted by many of their countrymen as hard-right fascists. However, what also must be enraging to those people is the realization of the lengths to which western European media veiled the extent and nature of these ongoing assaults upon their own people.

In a piece for the Spectator entitled, It’s not only Germany that covers up mass sex attacks by migrant men… Sweden’s record is shameful, Swedish journalist Ivar Arpie shares the various way Swedish media sought to dupe their own people through concealing information, downplaying stories of rape and immigrant assaults, and essentially blaming the victim for those crimes.

Even now, Swedes are still trying to figure out what exactly has been going on. Reports are emerging of Taharrush gamea-style harassment in Malmö on New Year’s Eve. According to police reports, hundreds of refugee youths from Afghanistan roamed around and ‘surrounded intoxicated girls/women and harassed them’. Similar incidents are being reported from towns such as Kalmar and Karlstad. The Finnish authorities are handling reports of organised sexual harassment perpetrated by Iraqi immigrants.

We Swedes pride ourselves on our unrivalled record on respecting women’s rights. But when women’s rights conflict with the goal of accommodating other cultures, it’s almost always women who are pushed to the side. This week, the chattering classes in Sweden will be worrying about how this story plays into the hands of the Sweden Democrats. But events have moved beyond that. The truth may be painful. Yet, as we have seen, concealing the truth is worse.

And today we learn from Emma Henderson, in a piece for the Independent entitled, Swedish police banned from describing criminals anymore in case they sound racist, that:

Swedish police will no longer be able to give descriptions of alleged criminals for fear of being seen as racist.

According to an internal letter, police in capital city Stockholm are instructed to refrain from describing suspects’ race and nationality, according to news website Speisa...

Well, I am certain that “ethnic groups” will appreciate that most sincerely.

Meanwhile, Germany’s Finance Minister Wolfgang Schaeuble proposed raising taxes on European consumers of petrol in order to pay for the crisis that Sweden, Germany, and the EU have inflicted upon their people. “This way we would have the means for a European response to the refugee issue,” he said.

It is a testament to the humanity and basic human decency of western Europe, as derived from the political Enlightenment of the eighteenth-century, that it is so willing to suckle Syrian war-refugees – and pretty much anyone else from that part of the world – to her ample bosom.

The Jews, however, can take care of themselves and many of us currently residing in Europe will do so elsewhere, to the benefit of Israel, North America, and Australia.

Any European who thinks that the Jews have not learned the lessons of World War II, and the Holocaust, need only watch Jewish backsides diminishing on the horizon to recognize otherwise. 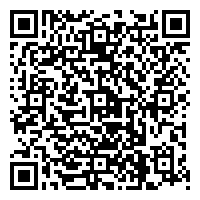