According to a letter from the Inspector General overseeing the investigation of former Secretary of State and now presidential candidate Hillary Clinton’s personal email server, several dozen emails on her server were more sensitive than even ones designated “top secret.”


SAP information should only ever be seen by a handful of very top government officials, and those are on a “need to know” basis. That is because exposure of such intelligence would likely reveal the source, putting that human asset at risk.

“If this information’s compromised,” Faddis explained, the U.S. is “going to suffer very serious national security damage. People are going to die, quite frankly.”

Transmitting such information over an unsecured server and maintaining it in a potentially compromised location could create dramatic vulnerabilities for national security. Anyone who would maintain such highly volatile information in a compromised manner could be subject to severe criminal penalties.

People are beginning to murmur about the penalties imposed on former CIA director General David Patreus, who signed an identical non-disclosure statement that Clinton did, and who was prosecuted for sharing classified information with his mistress.

All eyes are now on how the Clinton investigation is being handled, and what if any consequences Clinton will suffer as a result. 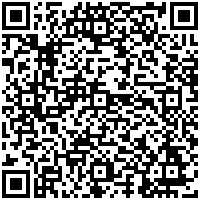