(Originally posted to the author’s website, Elder of Ziyon}

As soon as Israeli security announced that they had found Morad Bader Abdullah Adais, the teenage murderer of Dafna Meir, the terrorist’s father Abu Adham said “Morad was the attacker, and I am proud of him.”


A few hours later, after he was told that Israel might demolish his home, he said to Channel 2 that had he known about his son’s actions, he very possibly might have turned him in. He also asked, “Why should I be punished for what the kid did?”

Now he is changing his story again, claiming that Morad didn’t do anything.

Abu Adham now says that his son was playing in a school near his home during the murder, 3 kilometers away from Otniel. “I do not believe the lies of the Israeli occupation that my son did the killing in the settlement. My son played with his brother in the playground near the school and returned to the house, and slept Sunday night with his grandmother, and when I went in the next day, Monday, to visit my mother in law, Morad returned with me and slept in the house.”

And his brother Qais said: “We were playing football in the school playground and we heard the siren in the settlement, and we came back home.”

A family of liars raised a murderer.

Notice how the prospect of having his home demolished has changed the father from a proud advocate of murdering Jews to an innocent victim of his son’s actions and then to his son becoming innocent himself.

Which is a pretty good indication that the prospect of home demolitions can potentially save lives. 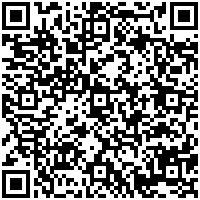