*Thanksgiving was initially celebrated in November 1621 by William Bradford, the leader of the “Mayflower” and the Governor of the Plymouth Colony.  *He enhanced his appreciation of the Bible – and especially the Five Books of Moses – in Leiden, Holland, where he found refuge from religious persecution in England, where he heavily interacted with the Jewish community.*Bradford and the other 102 passengers perceived the 66-day-voyage in the Atlantic Ocean as a reenactment of the Biblical Exodus, the departure from “the Modern Day Egypt,” the perilous “Modern Day Parting of the Sea” and the arrival to “the Modern Day Promised Land” and “the New Israel.”*Governor Bradford announced the celebration of Thanksgiving by citing Psalm 107, which constitutes the foundation of the Jewish concept of Thanksgiving, thanking God for ancient and modern time deliverance.*Bradford was, also, inspired by the Jewish holidays of Pentecost (Sha’vou’ot in Hebrew) and Tabernacles (Sukkot in Hebrew), which highlight the importance of gratitude, and commemorating Thanksgiving for the harvest, the legacy of Moses (e.g., the Ten Commandments), the centrality of the family, and the deliverance from persecution in Egypt to liberty in the Land of Israel.*The epitaph on the tombstone of Bradford in the old cemetery in Plymouth, Massachusetts begins with a Hebrew phrase – “God is the succor of my life” (יהוה עזר חיי) – as befits the person who brought Hebrew to America. He aimed to make Hebrew an official language, suggesting that reading the Bible in the original language yields more benefits.  *The Hebrew word for Thanksgiving’s central dish, turkey, is Tarnegol Hodoo (תרנגול הודו), which means “a chicken from India,” but also “a chicken of gratitude/Thanksgiving.”*Thanksgiving was proclaimed a national holiday in 1863, by President Abraham Lincoln, as a means to heal the wounds of the Civil War.*The 400-year-old roots of the unique US-Israel nexus are highlighted in these YouTube-1, YouTube-2 and Facebook-1 and Facebook-2 videos. 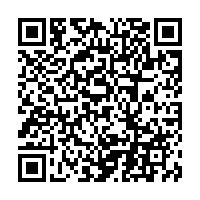