I am currently dating a great guy and we seem to agree on everything. We are from similar backgrounds and that always makes me feel understood and comfortable. He recently shared that he doesn’t do some of the things he grew up with, like davening with a minyan, being meticulous in kashrus when he eats, and other things. When I mentioned that I always envisioned my children walking to shul with their father, he was very noncommittal. I know he is a really good person, and he has a strong connection to Hashem, so do I just let those things go? I really feel excited about him, and they are all really just a bunch of small things. I don’t want to lose him, but I just have this niggling feeling that won’t go away. Am I being ridiculous? Do I ignore the “small stuff?”

Did you know that there is a game called “Chubby Bunny?” It’s a terrible game, but a real one, and I am sadly not kidding. It’s a game that requires the players to fit as many marshmallows as possible into their mouths. This must of course be done without laughing while saying, ‘Chubby Bunny.” This game can only be described as fun, silly, and exciting. (Nope, that’s not true – it’s totally disgusting, never play this.) You rip open a package of marshmallows and you put one in, and you are uncomfortable but ok. Then a second goes in and you might even think you can make this work, but by the third one you are gagging, and by the fourth you are rethinking all your life choices. The fifth and sixth go in and suddenly you are choking; doing your best to avoid death by marshmallow.

Thank you for your letter. It is a wonderful feeling to connect with someone. Yet, you are both still learning about each other and you’ve recently heard something that doesn’t sit well with you. You want to ignore these “minor” disparities in hashkafa. If overall everything seems so great, you wonder, why would you walk away over something small? Sure, there are a number of those “small” items, but surely, they are fixable, workable, or not even applicable in the near future. Still though, something doesn’t feel right.

Share your feelings over these “small” inconsistencies, item by item. If you can come to a compromise now, then you can move forward. If, however, he won’t commit to a solution, or refuses to budge overall, then you need to take some time to think if this relationship is moving in a healthy direction. This doesn’t mean that one party is better than the other, or that you are disparaging him in any way. Everyone is free to make their own choices. A marriage however, needs to be two people who are on the same page, and who believe in those same choices.

You want to be a partner and a wife. Not a babysitter, a warden, or a teacher. You do not want to be put into a position where you are nagging your spouse to follow a hashkafa direction that he doesn’t agree with. Sure, in the course of a lifetime there may very well be somewhere where you don’t align and will have to adjust. One item is something easily discussed and worked on. Two items, three items, four…and suddenly you are choking, instead of living in harmony as you should. 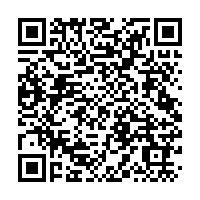