In 2019, the inherently unpredictable and violent Middle East has driven all pro-US Arab regimes – which face domestic and external lethal threats – to expand their strategic cooperation with Israel.

The substantial US-Israel strategic common denominator, the growing role of Israel as a unique geo-strategic ally of the US, and the enhanced mutually-beneficial nature of US-Israel and Israel-Arab cooperation, have been a by-product of the following critical developments:

*The recent Iranian offensive as demonstrated by the June 2019 attacks on oil tankers in the Gulf of Oman, and the May 2019 assaults on vessels in the Persian Gulf port of Fujairah in the United Arab Emirates;

*The mushrooming anti-US, pro-Muslim Brotherhood, imperialistic Turkish military buildup in Iraq, Syria, Qatar and Somalia (the largest since the 1922 demise of the Ottoman Empire);

*The transformation of the “Arab Spring” illusion of democracy into the “Arab Tsunami” reality of despotic regimes, as evidenced by the intensification of intra-Arab/Muslim and inter-Arab/Muslim conflicts, which threaten every pro-US Arab regime.

*Israel’s systematic track record of democracy, unconditional alliance with the US, military and commercial effectiveness, game-changing technological innovation and second-to-none optimism, patriotism and attachment to roots.

The precarious state of the Middle East, and the top challenges facing pro-US Arab regimes – all of whom resoundingly opposed the 2015 nuclear agreement with Iran, in particular, and President Obama’s Middle East policy, in general – were articulated on June 18, 2019 by the Arab League Secretary General and former Egyptian Foreign Minister, Ahmed Aboul Gheit: “The crisis with Iran and Turkey has aggravated to the point that holding a dialogue with them has become futile…. We see today the threats Iran and its wings are posing to Arab and global security as regards safety of global navigation and commercial routs…. Iran considers the Arab region an open ‘terra nullius’ [‘nobody’s land’ available for occupation] for its own expansion, and gives itself the right to interfere [via subversion and terrorism] in the crises of some Arab countries [e.g., Iraq, Syria, Yemen]…. Turkey seeks to promote its own ideologies and political Islam, giving itself the right to [invade/access] neighboring countries [Iraq, Syria, Qatar and Somalia] on the pretext of protecting its own national security, without any consideration to other countries’ sovereignty. Both Turkey and Iran see ongoing crises in the region as a chance for more expansion….”

According to the June 18, 2019 Saudi daily, A-Sharq al-Awsat, which reflects the worldview of the House of Saud, the US has approved Israel’s systematic bombings of Iranian military sites in Syria – in defiance of the Russian S-300 surface-to-air missile operated by Syria – considering the Israeli raids an effective tool to constrain the Ayatollahs’ regional expansion. Attesting to Israel’s rising geo-strategic role, Iran’s military presence in Syria will be featured during next week’s unprecedented meeting, in Jerusalem, between the national security advisors of the US, Russia and Israel.

Contrary to conventional Western wisdom, the growing concern about Iran’s Ayatollahs and other critical regional challenges, increasingly overshadow the Palestinian issue, as was evidenced in the February 2019 Warsaw-hosted 60 country summit on Iran with no Palestinian presence. Furthermore, Israel’s relations with all pro-US Arab countries have improved substantially, irrespective of the paralysis on the Palestinian front.

According to the Atlantic Magazine (April 2, 2018), the Saudi Crown Prince, Mohammed bin Salman, “like many Arab leaders, has tired of the Palestinians,” while considering Israel a key member in the regional alliance against the “triangle of evil,” which consists of Iran, the Muslim Brotherhood and other Sunni terrorist organizations.
In the words of Jamal al-Suwaidi, the founder of the United Arab Emirates Center for Strategic Studies: “The Palestinian cause is no longer at the forefront of Arab interests…. It has sharply lost priority in light of the challenges, threats and problems that face countries of the region.”

In fact, the Arab attitude toward the Palestinians has been consistent since 1949 – when Jordan and Egypt occupied Judea & Samaria and Gaza and did not transfer the regions to the Palestinians; through 1982 – no Arab support when Israel devastated PLO terror headquarters in Lebanon, expelling the PLO leadership from Beirut; and 1991 – no Arab outcry when Kuwait expelled some 300,000 PLO-affiliated Palestinians in response to Palestinian collaboration with Saddam Hussein’s destruction of Kuwait; through 2008, 2012 and 2014 – no Arab support during Israel’s wars against Palestinian terrorism in Gaza.

According to The Guardian (March 19, 2019), intelligence, counter-terrorism, military and commercial cooperation between Israel and Saudi Arabia, the United Arab Emirates, Oman and Bahrain has been routine since the mid-1990s, switching to a higher gear in recent years – a reflection of intensified lethal threats, on the one hand, and Israel’s posture of deterrence and reliable capabilities, on the other hand.

Hence, Israel’s existence in the Middle East has extended the strategic hand of the US, bolstering the national and homeland security of US’ Arab allies in the Persian Gulf and throughout the Middle East, producing an effective headwind to Iran’s megalomaniacal aspirations, and enhancing the war on Islamic terrorism. This has spared the need to expand US military bases in the Persian Gulf, Indian Ocean, Red Sea, Mediterranean and the Middle East at-large, and the necessity to dispatch additional US military divisions and aircraft carriers to the region, which would cost the US taxpayer mega-billion dollars annually. 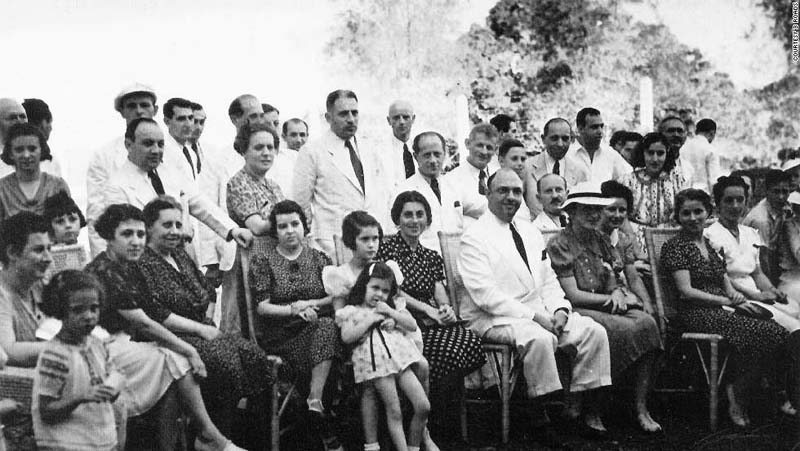 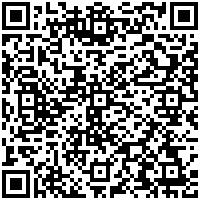