1. Israeli Arabs strongly oppose Defense Minister Liberman’s land – not population – swap proposal, which stipulates the transfer of Arab-majority land in Israel to the Palestinian Authority, while Jewish majority land in Judea & Samaria (the West Bank) would be transferred to Israel. They are determined to remain Israeli citizens, rather than become subjects of the Palestinian Authority.

2. 70,000 Jerusalem Arabs, holding Israeli ID cards, who relocated from tiny apartments in eastern Jerusalem to spacious homes in neighboring Arab villages and towns in Judea & Samaria (the West Bank), returned to Jerusalem once Israel built a security wall and fence around the city.  They were concerned that the wall and fence reflected Israel’s intention to withdraw from the neighboring Arab towns and villages, fearing that it would deny them Israel’s civil liberties as well as educational, employment and welfare benefits.

4. All 1.6 million Israeli Arab citizens are eligible to vote upon reaching the age of 18. The United Arab Party holds 13 – out of 120 – seats in Israel’s legislature, the Knesset, while identifying with Israel’s arch enemies, opposing Jewish historical, religious and national roots and rights in the Land of Israel, as well as the Jewish ingathering to Israel, which the United Arab Party considers divinely-ordained to Muslims, not the “infidel” Jews.  Five additional Arab Members of Knesset represent five non-Arab parties, such as Likud and Labor. Hebrew and Arabic are the only two official languages in Israel. Israel’s education system in the Arab sector is conducted in Arabic.

5. Many Israeli Arabs do not consider the United Arab Party their most authentic representative, as evidenced by the turnout during the national election  – 64% –  which is far below the 87% for local elections. Ali Salam, the Arab mayor of Nazareth, swept the March 2014 special mayoral election in Nazareth – defeating a 19-year incumbent anti-Israel mayor, Ramiz Jaraisey – by stating that “Nazareth is more important than Ramallah in the Palestinian Authority.” Ali Salam has defied the United Arab Party, criticizing its focus on Israel’s conflict with the Palestinian Authority, rather than on the social, educational and economic concerns of Israeli Arabs.

6. Arabs are exempt from Israel’s compulsory military service, which is required in order to counter the lethal threat posed by neighboring Arab countries. However, an increasing number of Israeli Arabs volunteer to Israel’s Defense Forces as well as Israel’s National Service Program, which is an alternative program for those who do not serve in the military. An increasing number of Arabs have joined Israel’s police force.

7. The 140,000 Israeli Druse – erroneously lumped with Israeli Arabs – has been an integral part of Israel’s population since Israel’s independence in 1948, serving with distinction in Israel’s Defense Forces, mostly in combat units, rising to top officer positions (e.g., division commanders). More Druse, than Jewish soldiers, have been killed – per capita – in Israel’s wars.

8. The 160,000 Israeli Christian Arabs consider themselves more Israeli Christians than Israeli Arabs.  They constitute the only Christian community in the Middle East, which benefits from civil liberties, increasingly-integrated into the Israeli system, economically, educationally, socially and even militarily. The Arab Tsunami – gullibly referred to as the Arab Spring – has intensified the lethal threat to the existence of Christians – and other minorities – in Muslim countries, highlighting the safety of the Christian community in Israel.

9. The 300,000 Israeli Bedouin Arabs have experienced a rapid urbanization process,
reflecting their enhanced standard of living. One out of nine Bedouins serve in the Israel Defense Forces. Israeli universities and community colleges offer special (affirmative action-like) courses for Arabs in general and Bedouins in particular. 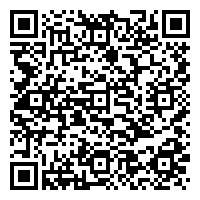