The pro-Palestinian Saudi talk has diminished, increasingly replaced by an adversarial Saudi walk.

The shift in the Saudi attitude has been reflected by a reduction of foreign aid to the Palestinians, partially due to the rift between the PA and Hamas, and in protest of PA corruption; a tighter control of monetary transfers by Palestinians residing in the kingdom; and the increase in the number of Palestinians arrested in – and denied access to – Saudi Arabia.

The transformation of the Saudi attitude toward the Palestinians has been triggered by Palestinian ties with entities which challenge and threaten the House of Saud. For example, the anti-Saudi Muslim Brotherhood (the largest Sunni Islamic terror organization), Iran’s Ayatollahs (the leading mortal enemy of the House of Saud), the anti-Saudi Erdogan’s Turkey (which supports the Muslim Brotherhood and opposes Saudi Arabia in Syria, Iraq, Qatar and Somalia), Hamas Palestinian terrorists (supported by Iran’s Ayatollahs and Turkey), Hezbollah terrorists (supported by the Ayatollahs), Qatar (which maintains close ties with Iran and Turkey, as well as with the USA), etc.

Saudi homeland security concerns triggered the September 12, 2018 policy, which stopped the issuance of visas for the Haj (the major annual pilgrimage) and Umrah (a secondary pilgrimage) to Palestinians from Jordan, Lebanon and East Jerusalem, who possess only temporary travel documents.

The Saudi concerns have been aggravated by the coordinated Palestinian social media offensive against Saudi Crown Prince Mohammed bin Salman and the burning of Saudi flags by Palestinians in Gaza and East Jerusalem, which coincided with the July 22, 2019 Palestinian mob onslaught on the Saudi blogger, Mohammed Saud, while visiting Jerusalem’s Old City.

The increasingly disparaging Saudi – and the overall Arab – attitude towards the Palestinian Authority and Hamas has been shaped by the following developments:

*The June, 2019 Bahrain Economic Workshop is perceived as a major opportunity for the Arab Gulf States, but a setback to the Palestinians, since it did not highlight their issue.  It was attended by significant Arab countries (Saudi Arabia, Egypt, Jordan, the United Arab Emirates, Bahrain, Qatar and Morocco), which are preoccupied with deadly threats emanating from Teheran, Ankara and Muslim Brotherhood headquarters.  It took place in defiance of pressure and threats by the Palestinians, who stayed away along with chaotic Syria, Lebanon, Iraq, Libya, Algeria and Yemen.

*The May, 2018 relocation of the US Embassy to Jerusalem did not trigger Arab rage against the US or Israel, not even among Arabs in East Jerusalem, Judea and Samaria.

*The January 2015 Palestinian disruption of an Al Aqsa Mosque mourning service for Saudi King Abdullah, in a manner (booing) which is reserved – by Muslims – for apostates.

*The 2011 eruption of the still-boiling Arab Tsunami has highlighted Arab priorities, maximizing attention to Iran’s Ayatollahs, attributing a proper (limited) perspective to the Palestinian issue, while recognizing Israel as a reliable ally in the face of lethal threats.

*The 1994 and 1979 Israel-Jordan and Israel-Egypt peace treaties downplayed/ignored the regional role played by the Palestinian issue.

*The 1990 Palestinian tailwind (intelligence and troops) to Saddam Hussein’s invasion of Kuwait – which had been a second home to Arafat, Mahmoud Abbas and their 400,000 loyalists since 1956 – precipitated the worst ever Palestinian inter-Arab setback, which still portrays the PLO/PA as a symbol of ingratitude and treachery. Hence, the post-Gulf War expulsion of 300,000 Palestinians from Kuwait, which did not generate Arab protest….

*The September 1970 violent attempt by the PLO to topple Jordan’s Hashemite regime took place despite the fact that Jordan had provided the PLO an operational platform to terrorize Israel.

*In 1966, Arafat and his loyalists escaped Syria following a rough dispute with then Defense Minister Hafiz Assad over Arafat’s ties with the Muslim Brotherhood and the terror tactics employed against Israel.

*In 1956, Arafat and his loyalists (Abu Iyyad, Abu Jihad and Mahmoud Abbas) escaped Egypt due to their close ties with the Muslim Brotherhood and a widening rift with Egypt’s Gamal Abdul Nasser.

In 2019, Saudi Arabia realizes that the game-changing events, which have shaped the Middle East, have been independent of – and have overshadowed – the Palestinian issue: the intensification of the Ayatollahs’ conventional and nuclear threat, the 9/11 Islamic terrorism, Iraq’s invasion of Kuwait and the ensuing two Gulf Wars, the ongoing civil wars in Iraq, Syria, Libya and Yemen, the still raging Arab Tsunami which erupted in 2011, etc..

In 2019, Saudi Arabia and the Arab Gulf States experience a bottom-up (social media) pro-Israel sentiment, viewing Israel as a most credible and effective ally – militarily and commercially – in the face of the Ayatollahs’ machete, which is at their throats.

In 2019, Saudi Arabia and other pro-US Arab states recognize the natural geo-strategic common denominator between them, the USA and Israel (due to Israel’s solid posture of deterrence), in the face of mutual, internal, regional and global threats and challenges.

In 2019, Saudi Arabia is well aware of the Palestinian track record of subversion and terrorism and their close ties with Iran’s Ayatollahs, Turkey’s Erdogan, the Muslim Brotherhood and other entities, which pose a clear and present lethal threat.

In 2019, Saudi Arabia is aware that no Arab-Israeli war erupted due to the Palestinian issue, while no Israel-Palestinian war drew Arab military involvement.

In 2019, irrespective of the pro-Palestinian Saudi talk, the Saudi walk reflects the realization that a prerequisite for survival is the ability to differentiate between the “smothering sandstorms” (e.g., Iran’s Ayatollahs) which threaten Middle East “drivers” and the relative “tumbleweeds” on the road (e.g., the Palestinian issue). 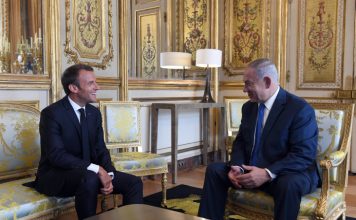 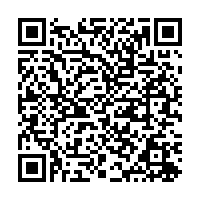