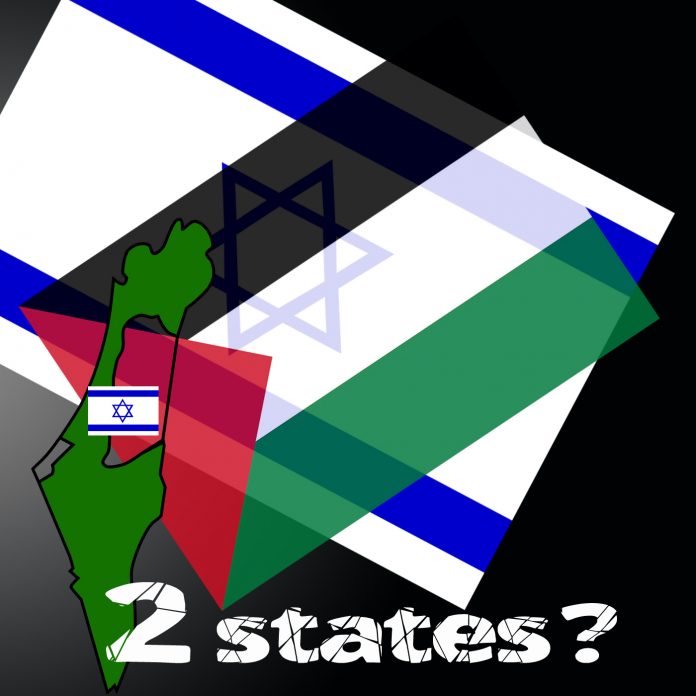 “President Biden underscored his strong commitment to a negotiated two-state solution as the best path to reach a just and lasting resolution of the Israeli-Palestinian conflict.”

“US Secretary of State Antony Blinken said that Washington backed a two-state solution to resolve the conflict between Israel and the Palestinians.”

The “two-state solution” policy is based on the following assumptions:

*The unresolved Palestinian issue is crucial for the Arab countries and the crux of the Arab-Israeli conflict;
*The proposed Palestinian state would adhere to peaceful-coexistence with the Jewish State, and would not join the ranks of rogue regimes;
*Land-for-peace is a prerequisite for the resolution of the Palestinian issue, requiring an Israeli retreat from land (the mountain ridges of Judea and Samaria), which is the cradle of Jewish history and pivotal to Israel’s national security;
*A dramatic Israeli territorial concession, buttressed by a game-changing international financial package, would entice the Palestinians to abandon the goal to eliminate the Jewish State;
*The Palestinians are amenable to a permanent (not tactical) peaceful-coexistence with the Jewish State;

Are such assumptions consistent, or inconsistent, with the Palestinian track record?

On the other hand, the history-driven Arabs – who neither forget nor forgive – are mindful of the Palestinian track record, and therefore accord Palestinians shabby rug receptions.

The Arabs have concluded that a Palestinian state would add fuel to the Middle East fire, while valuing Israel as a potent force against rogue entities such as Iran’s Ayatollahs and the Muslim Brotherhood. Thus, they have expanded commercial and security cooperation with Israel, and refrain from flexing military or substantial financial muscles on behalf of the Palestinians.

In fact, no Arab-Israeli war erupted due to – or on behalf of – the Palestinians, and no Arab countries intervened militarily in Israel’s wars against Palestinian terrorism in Lebanon, Judea and Samaria and Gaza.

The intra-Arab Palestinian track record has been a role-model of subversion, terrorism and ingratitude. In the mid-1950s and mid-1960s, they were involved in terrorism in Egypt and Syria; in 1970, they triggered a civil war in Jordan, attempting to topple the pro-US Hashemite regime; and in the 1970s, they were involved in terrorism and a series of civil wars in Lebanon.  In 1990, they collaborated with – and publicly praised – Saddam Hussein’s invasion of Kuwait, which was the most generous Arab host of 400,000 Palestinians, including Mahmoud Abbas and Arafat and their families. Hence, the expulsion of most Palestinians from Kuwait in the aftermath of the First Gulf War.

Notwithstanding Jordan’s Hashemite regime talk on behalf of Palestinians, Jordan’s military and security forces are aware that a Palestinian state west of the Jordan River would doom the Hashemite regime east of the River, triggering ripple effects which could topple all pro-US regimes in the Arabian Peninsula, adversely impacting the global oil market and US national security.

In addition, the Palestinian track record features systematic close ties with enemies and adversaries of the US, such as Nazi Germany, the Soviet Bloc, international terrorist organizations, Iran’s Ayatollahs, North Korea, Cuba, Venezuela, China and Russia.

The 1993 Oslo Accord showered the Palestinians with unprecedented authority, which was not accorded to them by Jordan or Egypt, when the two countries occupied Judea, Samaria and Gaza. It established a five-year-venue to a Palestinian state. However, instead of land-for-peace, the relocation of the PLO headquarters from Tunisia, Lebanon, Sudan and Yemen to Judea, Samaria, Gaza and East Jerusalem introduced the concept of land-for-terror and land-for-hate-education.

Moreover, the 2005 Israeli uprooting of its civilian and military presence from Gaza has triggered four Hamas wars and a systematic wave of unprecedented Hamas terrorism.

Furthermore, in November 1947, the UN recommended the partitioning of the area west of the Jordan River between Jewish and Arab states, in violation of Article 80 of the 1945 UN Charter and the September 1922 League of Nations, which were committed to establishing a Jewish National Home in the entire area. The local Arabs and the surrounding Arab states rejected the 1947 Partition Plan and launched a war to annihilate the Jewish State.

In July 1937, the British Peel Commission recommended the establishment of a Jewish state over 18% – and an Arab state over 75% – of the area west of the Jordan River. The plan was rejected by the Arabs, who escalated terrorism.

Notwithstanding Palestinian diplomatic and public relations statements, the most authentic reflection of the Palestinian worldview, vision and territorial goal has been Mahmoud Abbas’ K-12 education curriculum, which has become (since 1993) a most effective multiplier of terrorism, suicide bombing and anti-Jewish, anti-Israel and anti-peace fanaticism.

The 2020-2021 school textbooks of the Palestinian Authority highlight antisemitism, repudiation of Jewish history, dehumanization of Jews and the Jewish State, rejection of peaceful-coexistence with Israel, inciting to martyrdom and Jihad (“holy war”) “in the service of Allah,” heralding suicide bombers and terrorism in general, glorification of women-terrorists as role models, and promoting geographic maps with Israel replaced by an Arab Palestine from the Jordan River to the Mediterranean Sea.

On the eve of the September 13, 1993 signing of the Oslo Accord on the White House lawn, Arafat told the Jordanian TV that the accord was an interim agreement, consistent with the PLO’s June 1974 Phased Plan. The latter legitimized the establishment of a Palestinian beachhead on any part of British Mandate Palestine, as a step to eliminate the Jewish State and takeover the whole of Palestine.

Mahmoud Abbas and Arafat reiterated the Palestinian Phased Plan on August 14, 2009, November 16, 1998, January 30, 1996 and May 10, 1994, drawing inspiration from Mohammed’s Hudaybiyya Treaty – a major precept of traditional and contemporary Islam and Arab policy-making.

The Hudaybiyya Treaty was concluded between Mohammed and his Mecca enemies in 628 AD.  However, while the treaty was perceived by Mecca as a permanent peace, Mohammed considered it as a truce (not a final peace) and a means (not a goal) to achieve the Islamic imperialistic goal. Thus, Mohammed was able to regroup, breach the treaty and overwhelm the misled and tricked enemy. It has become a tactical role model for Muslim leaders, especially when confronting the “infidel.”

Contemporarily, the Palestinian vision was codified by the charters of Mahmoud Abbas’ Fatah and PLO in 1959 and 1964 – before Israel regained control of Judea and Samaria (the West Bank), East Jerusalem and Gaza – highlighting the goal “to liberate the whole of Palestine.” In other words, the core issue has always been the annihilation – not the size – of the Jewish State, which is deemed illegitimate in “the abode of Islam.”

The Palestinian vision is not driven by despair, but by a commitment “to liberate Palestine from the Jordan River to the Mediterranean Sea.”

The Palestinian issue and expanding the Israel-Arab peace process

The “Palestine Firsters” – who believe in the centrality of the Palestinian issue in the Middle East – introduced a litany of peace initiatives, which were crashed against the rocks of Middle East reality.

At the same time, Israel concluded a series of peace accords with Egypt, Jordan, the United Arab Emirates, Bahrain, Morocco and the Sudan, which bypassed the Palestinian issue, avoided the trap of a Palestinian veto and focused on Arab – not Palestinian – interests.

A wide gap exists between the Palestinian track record, on the one hand, and Washington’s well-intentioned two-state-policy, on the other hand.

Contrary to the expectations of Washington’s policy-makers, Middle East reality documents that a Palestinian state would add a rogue regime to the stormy region, intensify terrorism and war, inflame regional instability, exacerbate the Israel-Palestinian conflict, undermine the expansion of the Israel-Arab peace process, generate tailwind to rogue entities and cripple US interests.

An Israeli retreat to the pre-1967 8-15-mile sliver along the Mediterranean, dominated by the mountain ridges of Judea and Samaria, would obliterate Israel’s posture of deterrence, and would transform Israel from a unique force-multiplier – to a strategic liability – for the US, depriving the US of “the largest US aircraft carrier, which does not require a single American on board.” 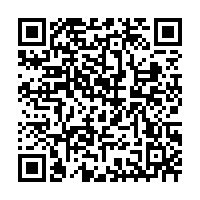