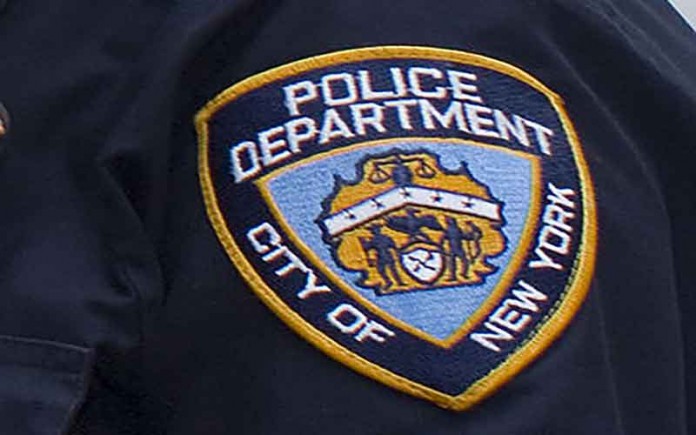 I was on my very first patrol when I shot and killed him, but it was not my fault.

I had been assigned to an early evening foot patrol in the seediest part of town, a known high crime area where several policemen had been murdered over the past few years. The late afternoon shadows had already dimmed the streets when I arrived for duty, some of the streetlights had been shot out, and visibility was very poor.


Suddenly, a man turned quickly from around the corner right in front of me and I saw him pointing what looked like a long rifle right at me. There was no time to issue a warning and my life was in danger, so I pulled my firearm and shot him. Seconds later when I approached his body, I saw to my horror that what I had perceived to be a weapon was a rolled-up newspaper that he had been holding under his arm.

Though badly shaken, I continued my patrol. Minutes later, I walked by a young woman who was clearly strung out on drugs, but I determined that I had no legal grounds to stop her. A few seconds after I passed her, she turned around and shot me in the head. I never had a chance.

I had been invited by a former police consultant on one of my legal cases to visit a police training site and to experience what it is like to have to make the kind of split-second decisions that officers must often make. I only wish that the “armchair police” who condemn the police while sitting comfortably in their cozy living rooms could personally share my experience that day. I am certain that it would change many minds or, at the very least, help them gain some important perspective on police shootings.

I have great affection for the police. Some of my friends and colleagues see this as particularly ironic, given that I have dedicated most of my professional career to representing plaintiffs suing the police in civil rights and wrongful death cases, including a case involving police misconduct in Columbine after the infamous school murders there in 1999 and a case against District of Columbia police officers who failed to protect a civilian undercover informant in a matter related to the D.C. Starbucks murders.

But my years of experience working with police officers have taught me that the overwhelming majority of them are dedicated and noble professionals who leave their loved ones to live with the fear of being killed every time they go on duty and risk their lives to “protect and defend” all of us. I came to understand that, over and above my duty to do my best to win the best possible outcome for my clients, I was making an important contribution to society by helping to remove the very few bad apples from the barrel.

If we are to believe the mainstream media, voicing support for the police has become unpopular across much of contemporary America, and even daring to express such support creates risk, both personally and professionally. But given recent sickening developments where even advocating for the murder of police officers is viewed favorably in some quarters – “Pigs in a blanket, fry ‘em like bacon,” etc. – it is past time for all of us to speak out.

There are incompetent teachers, lawyers, plumbers, accountants, reporters and media professionals, but they should only be disciplined if they fail to meet the established standard of care. And, yes, there are racists – white, black, and every other imaginable color, creed and religion – in every field of endeavor, including policing, and it is important that they be identified, removed from their positions, and punished appropriately.

There are incompetent doctors whose licenses should be revoked, but not one of them is G-d (although some may act that way); thus, a bad medical result does not necessarily mean that he or she has committed malpractice, and doctors should only be disciplined when they fail to meet the established standard of medical care. Similarly, the law does not, and should not, hold a police officer strictly liable in a shooting, even in profoundly sad cases where the victim dies. He or she must be shown to have violated the standard of care for a police officer under the circumstances – and that standard of care must account for the fact that these officers are often forced to make split-second decisions that may turn out to be wrong.

Another important thing that I have learned in my years of practice is that one must not draw conclusions from media accounts, even in increasingly rare instances where the media is fair and balanced. Even when the media try to be accurate, they often get it wrong. Videotapes are often unreliable because they only present a particular angle, or because they do not show what preceded the evidence depicted, or because they have been expertly tampered with. Recent studies also show that even first-hand testimony by eyewitnesses is often mistaken.

This is why we have trials. This is why defendants – yes, even police officers – have the constitutional right to the presumption of innocence. This is why every criminal defendant – yes, including police officers – can only be convicted if the prosecution proves beyond a reasonable doubt that the officer violated the standard of care under the exigencies of the circumstances.

It is not my intention here to discuss any of the recent cases involving police shootings; that is another subject for another day. I was not there – but neither were the leftists who have already convicted all police officers involved in shootings; neither were the rioters who advocate killing the police and, in some cases, have actually done so; and neither were Alexandria Ocasio-Cortez and other politicians who find it unnecessary to wait for a trial.

There are certain basic principles that must be restored to their fundamental place in the American legal system and in our media. First, black lives certainly do matter – very much – but so do facts. Second, trial by media and a rush to judgment is un-American and dangerous. Third, our communities and our nation cannot survive without the “thin blue line” and, as we are seeing with our own eyes, there is a direct correlation between disempowering and defunding the police and increased violent crime.

Not surprisingly, with declining numbers of police officers in many cities, many of whom are taking early retirement or simply leaving the force, and with those who – understandably – remain increasingly reluctant to put their lives and careers on the line by doing their jobs, the anti-Semites are emerging fearlessly from their ratholes. The result is that Jewish communities are becoming particular targets of crime and hate to the point that papers like The Jewish Press now report instances of Jews being afraid to go out in public wearing kippot, tzitzit, and other items that identify them as Jews – this, in the United States of America.

Much as Black protestors do not grasp that it is their own communities and their own people that will suffer most from defunding the police and making law enforcement virtually impossible, I find it incredible that so many leftist Jews support anti-police movements that will greatly increase their odds of becoming victims of serious crime.

Despite my professional experience with a few bad cops, I profoundly believe that Blue Lives Matter. That is why whenever I encounter a police officer in my community on patrol or protecting our houses of worship, I make a point to thank him or her for their service. You should, too; they very much need and appreciate the support.