The US-Israel bond is a unique bottom-up phenomenon in the sphere of international relations, with most elected officials in the House, Senate and the White House following the positive state of mind of most constituents on the issue of Israel, the Jewish State.

Ordinarily, international relations constitute a top-down phenomenon, with elected officials shaping policy toward another country, which is then endorsed – or opposed – by the constituency.


The roots of the positive attitude toward Israel, by most Americans, are 400 years old, dating back to the 1620 “Mayflower,” as described in my March, 2020 1st video in a series of nine, and my March, 2020 eBook on Amazon and Smashwords.

Thus, according to a most recent Gallup poll, Israel’s February 2020 favorable rating among Americans is 74% – the highest since 1989. It is second only to a January 1991 poll (79%), when Israel was targeted by Iraq’s Scud missiles during the First Gulf War. While Canada, Britain, Germany, France, Japan and India are ahead of Israel, none of them has experienced Israel’s systematically coarse treatment by the US State Department establishment, the US “elite” media (e.g., the NY Times, Washington Post, CNN and the three “major” TV networks), as well as much of the US academia.  While Israel benefits from a substantial level of public support, the Palestinian Authority’s favorable rating in February 2020 was 23%, slightly ahead of Iran (11%), North Korea (12%), Afghanistan (18%) and Iraq (19%).

Most Americans appreciate Israel’s consistently unconditional alliance with the US – unlike the rest of the Middle East and many of the European countries – in addition to Israel’s innovative nature and unique levels of patriotism, optimism, attachment to roots and communal solidarity and responsibility.

For example, Israel’s June 7, 1981 destruction of Iraq’s nuclear reactor triggered a harsh US reaction, including the suspension of the delivery of F-16 combat planes.  However, on December 1, 1981, an unprecedented strategic cooperation accord was concluded, recognizing Israel’s cardinal role in the battle against Islamic terrorism, the rising threat of Iran’s Ayatollahs, the expansion of Soviet influence in the Middle East, and the contribution of Israel’s unique battle experience and military intelligence to the performance of the US armed forces and defense industries.

On December 15, 1981, Israel annexed the Golan Heights, which led to the US suspending the strategic accord. However, on October 29, 1983 – notwithstanding the US’ aggressive opposition to Israel’s war on Palestinian terrorists in Lebanon – a more comprehensive US-Israel strategic accord was signed, responding to the intensification of Middle East turbulence.

Moreover, on March 3, 2015, major friction erupted between the two Administrations, due to Prime Minister Netanyahu’s speech at a joint congressional session, articulating a well-documented opposition to the Iran Nuclear Agreement. However, a landmark 10 year US-Israel military foreign aid agreement was concluded on September 4, 2016.

The landmark agreement reflected the growing realization – by the US national security establishment – of the dramatic benefits to the US armed forces and defense industries, yielded by the bolstered US-Israel mutually-beneficial two-way-street.

Over time, US-Israel strategic cooperation has eclipsed the litany of disagreements over the Arab-Israel conflict and the Palestinian issue.

The US and Israel are intrinsically linked through 400-year-old roots of shared core values, as well as contemporary geo-strategic regional and global mutual threats and challenges.

These threats and challenges include Iran’s sponsorship of anti-US global terrorism and drug trafficking; Iran’s expanding conventional, ballistic and nuclear capabilities; global Islamic Sunni terrorism such as ISIS and the multitude of Muslim Brotherhood branches and cells; the potential threat of Erdogan’s imperialistic vision; the increasing vulnerability of every pro-US Arab regime; the vacillation of Europe; the ineffectiveness of NATO and the UN; and the mutual need to develop advanced defense and commercial technologies.

In the words of Admiral James Stavridis, former Supreme Commander of NATO: “Our best military partner in the region, by far, is Israel…. It truly is a case of two nations that are unarguably stronger together.”

In the words of my friends in Texas: “The US and Israel will do to ride a river with.” 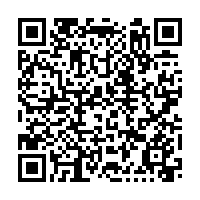