President Trump’s first State of the Union aimed at bolstering the US posture of deterrence, reassuring allies and putting enemies and adversaries on notice.

The more reinforced the US posture of deterrence, the more restrained is the offensive conduct of Iran’s Ayatollahs and Islamic terror organizations – as well as the global activism of Russia and China – and the more secure are US allies, such as Israel, the Arab Gulf States, Jordan and Egypt.


The post-Reagan years have yielded a systematic erosion of the US posture of deterrence, adrenalizing the megalomaniacal veins of the rogue Ayatollahs and Muslim Brotherhood terrorists, whose machetes are at the throat of every US ally in the Middle East.

President Trump’s critical and urgent challenge is to reconnect the US national and homeland security policy with the 1,400-year-old unpredictable, violent, treacherous and threatening Middle East reality, and disconnect from former President Obama’s worldview, which window-dressed the volcanic, anti-Western Middle East reality to accord the principles of peaceful-coexistence and the struggle for human rights and economic prosperity.

The confidence of US allies in the Middle East – facing lethal threats internally and externally – was undermined by President Obama’s worldview, which subordinated the US independence of unilateral military action to multilateralism; accorded the UN and Europe central roles in shaping the international arena; considered any war as immoral, and aspired to advance peace at, almost, any price; assessed Islam as a religion of peace, not a threat; viewed Islamic terrorism as “workplace violence and the horrific outburst of violence” (as erupted in Ft. Hood, Texas in November 2009); determined that the triggers of terrorism were poverty, despair, erroneous US policy and US troops on Muslim lands; assumed that the means of combatting terrorism were law-enforcement, diplomacy, economic support, reasoning with rogue regimes and a very limited military commitment; embraced the worldview of the State Department, which opposed the establishment of Israel in 1948, and perceives the Jewish State a strategic liability in 2018.

The confidence of US allies in the Middle East has been enhanced by President Trump’s State of the Union, which highlighted the drive to advance US global leadership, economically, militarily and morally; the need to substantially expand the US defense budget and modernize its nuclear arsenal as a means of deterrence; defining terrorists as unlawful combatants; introducing less restrictive rules of engagements; awareness that concession to rogue elements fuels aggression; no US foreign aid to hostile regimes and organizations; the commitment to annul the 2015 Iran Nuclear Agreement; highlighting Iran’s Ayatollahs, Sunni Islamic terrorism and North Korea as the primary threats to be defeated, not partners to be satisfied; reiterating the recognition of Jerusalem as Israel’s capital, which reflects the role of Israel as a major strategic ally in the face of threats, which are mutual to the US, its Arab allies and Israel.

Trump’s State of the Union increases the strategic reliability of the US in Egypt and Saudi Arabia, which have recently negotiated arms deals with Russia, as an expression of their depreciated trust of the US as an effective “life insurance agent” in face of clear, present and lethal threats.

The upgrading of President Trump’s speech, from the level of “talk” to the practical level of “walk” is essential, in order to restore the US posture of deterrence, which has been the most critical engine of the tailwind to US allies and a headwind to US foes and adversaries. 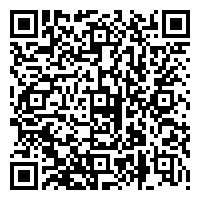