The state of Israel has begun to deliver official deportation orders to tens of thousands illegal African infiltrators residing within Israel. At the moment, those facing deportation are mostly single males with no children. Women, children and families are exempt from the deportation order.

“We wish to inform you that the State of Israel has signed agreements that allow you to leave Israel for a safe third country that will receive you and grant you a residence permit that will allow you to work in the country and ensure non-refoulement to your country of origin,” the notice read. The third country being referred to is reportedly Rwanda.

On January 1st, the government announced that the large scale deportation of the migrants would begin within 60 days. Deportees will receive airfare as well as a $3500 cash grant upon leaving the country. “Upon your arrival in the third country, a local team will be waiting for you at the airport to accompany you in the first few days,” the letter continued.

Those up for deportation have the chance to appeal the decision and to petition the state to grant them asylum on a humanitarian basis. Those who qualify should be allowed to stay; those refusing to leave willingly are expected to be deported forcefully while forfeiting a large portion of their exit grant.

Israelis are split over the looming deportation, as some hold that Rwanda is not a safe destination to be deported to, citing reports of mistreatment, grant confiscation, and in some cases, kidnappings of those who arrive in Rwanda.

There are also reports that upon arriving in Rwanda, the deportees start making their way to Libya, as passageway to their new final destination–Europe.

On Sunday morning, Israeli Prime Minister Binyamin Netanyahu pointed the finger for the anti-deportation campaign at Jewish billionaire George Soros, backing a claim by Science Minister Ofir Akunis who asserted that the protests are carried out by “extreme leftists who are funded by European countries.”

“George Soros is also funding the protests,” Netanyahu said at the Likud meeting, adding that “Obama deported two million infiltrators and they didn’t say anything.” 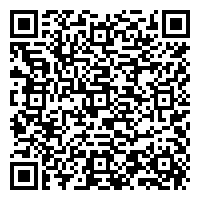