Despite being a branch of the Israeli Defense Ministry/Israel Defense Forces, the Civil Administration is more concerned with facilitating the creation of the “State of Palestine” than it is with ensuring the rights of the Jewish people in its ancestral homeland.


A recent report from Israeli NGO Ad Kan exposed that a Palestinian in a senior position in the Israeli Civil Administration was arrested by the Palestinian Authority. Before his arrest, he had been given permission by his boss in the Civil Administration to take sensitive, secret information to his home in Nablus. This was the second such incident reported in just a few months.

The Palestinian in question holds a position that gives him direct access to land transactions carried out in Judea and Samaria. This means that he had direct access to the names of both the buyers and the sellers.

In a normal reality, who would care?

The problem is that Israel does not live in a normal reality. It’s a reality in which Palestinians own land that they cannot use and are looking to sell, and in which Jews are willing to pay exorbitant prices for land in Judea and Samaria. According to P.A. law, a Palestinian who sells land to a Jew is committing a severe crime. P.A. leader Mahmoud Abbas considers this such a serious crime that he amended the legislation in 2014, raising the maximum sentence to life imprisonment with hard labor.

Under these circumstances, a Palestinian with access to sensitive land transactions is courting danger. I am not suggesting that a Palestinian, inherently, cannot be trusted. There are literally thousands of Palestinians who risk their lives daily for the security of the Jewish people. However, when a Palestinian who lives with his family in an area controlled by the P.A. has direct access to information desperately desired by the P.A. and its unscrupulous security forces, then the path to disaster is clear.

This obvious danger apparently did not bother the Civil Administration.

In the new reality, the powers and responsibilities of the Civil Administration were limited to being the intermediary between Israel and the P.A. and Area C, which, under the Accords, remained under full Israeli authority.

Over time, however, the Civil Administration lost its way.

According to the Israeli NGO Regavim, since the implementation of the Oslo Accords, the Palestinians have built tens of thousands of illegal structures in Area C. Some of these structures were built in cooperation with, or even entirely funded by, the European Union. While the move was part of official P.A. policy, the Civil Administration failed completely in its task to prevent the open land theft. The failure is so catastrophic that is has caused genuine strategic damage to the State of Israel and the Jewish people.

Since its establishment, the P.A. has paid huge rewards to Palestinian terrorists. In 2004, it even entrenched the policy in law. The Civil Administration completely missed this or decided to look the other way.

Had Palestinian Media Watch not exposed these P.A. terror rewards in 2011, and presented what it uncovered to the U.S. Congress, European governments and the Knesset, the world would still not know about it, due to the silence of the Civil Administration. Indeed, when MK’s Avi Dichter and Elazar Stern proposed legislation to punish the P.A. for its “pay for slay” policy, the Civil Administration was the first to come to the P.A.’s defense.

As part of the Oslo Accords, Israel agreed to waive, in favor of the P.A., billions of shekels of tax income. The P.A. then used the money it received from Israel to bankroll its terror-funding policy. The Dichter-Stern law stipulates that every year, Israel will punish the P.A. by deducting the sum it spent the previous year on its terror payments from the tax incomes of the following year.

Having failed to prevent the passage of the law, and while its financial predictions had proven to be false, the Civil Administration, through persistent moaning, in April 2020, persuaded then-Defense Minister Naftali Bennett to promote the idea of circumventing the law by Israel’s providing the P.A. with a “loan” equivalent of the sums deducted. While the 2020 “loan” never came to fruition, two months ago, the Civil Administration repeated the same failed recommendation.

Employing Palestinians in strategically sensitive positions, allowing the Palestinians to steal land and trying to prevent the passage of a law to punish the P.A. for paying rewards to terrorists who murder Jews are just three of the countless systematic failures of the Civil Administration.

While I would like to believe that those who who serve in the Civil Administration are good people, the entire mechanism is rotten to its core. It has failed entirely to fulfil its functions. As long as it continues to exist in its current capacity, these systemic failures, and others, will continue to cause irreparable damage to the State of Israel. 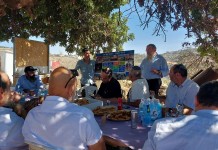 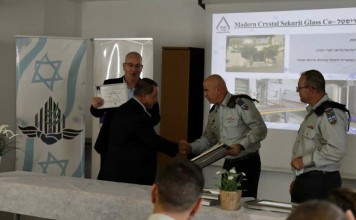 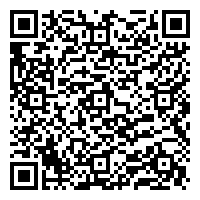