The Security Council just finished its regular monthly meeting on Middle East issues. It’s the first meeting like that that I’ve attended, and I have to say it was a bit strange.

No, instead, the meeting focused on criticizing Israel, the one true democracy in the Middle East.

I am new around here, but I understand that’s how the Council has operated, month after month, for decades.

We will never repeat the terrible mistake of Resolution 2334 and allow one-sided Security Council resolutions to condemn Israel. Instead, we will push for action on the real threats we face in the Middle East.

We stand for peace. We support a solution to the Israeli-Palestinian conflict that is negotiated directly between the two parties, as President Trump reiterated in his meeting with Prime Minister Netanyahu. The outrageously biased resolutions from the Security Council and the General Assembly only make peace harder to attain by discouraging one of the parties from going to the negotiating table.

The prejudiced approach to Israeli-Palestinian issues does the peace process no favors. And it bears no relationship to the reality of the world around us.

The double standards are breathtaking. Just a few days ago, the United States sought unsuccessfully to have the Security Council condemn a terrorist attack in Israel, where the terrorist opened fire on people waiting for a bus and then stabbed others. The Security Council would not hesitate to condemn an attack like that in any other country. But not for Israel. The statement was blocked. And that’s downright shameful.

Israel exists in a region where others call for its complete destruction and in a world where anti-Semitism is on the rise. These are threats that we should discuss at the United Nations as we continue working toward a comprehensive agreement that would end the Israeli-Palestinian conflict.

But outside of the UN, there is some good news. Israel’s place in the world is changing. Israel is building up new diplomatic relationships. More and more countries recognize how much Israel contributes to the world. They are recognizing that Israel is a beacon of stability in a troubled region, and that Israel is at the forefront of innovation, entrepreneurship, and technological discovery.

It is the UN’s anti-Israel bias that is long overdue for change. The United States will not hesitate to speak out against these biases in defense of our friend and ally, Israel.

Tell It To Your Children 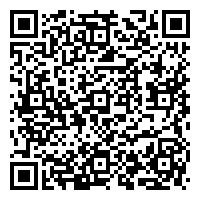