Leftwing websites love to play up the photos of destruction of Gaza. The poor, suffering, innocent “Palestinians”, victims of Israeli aggression and collective punishment, are their front page stories.

Their bottom line is always the same, the Gazans (or the “Palestinians”) are not responsible for their actions and decisions; they’re passive victims of the conflict.

Even before their violent takeover of Gaza, Hamas received the largest block of votes in Gaza, giving them the majority, in fact Hamas secured 76 out of 132 seats – that’s 58% – in the Palestinian Authority’s parliament.

The people of Gaza, knowing full well the genocidal charter of Hamas, voted Hamas in. There’s no getting around that.

It’s both immoral and patronizing to say Gaza’s residents (or the Arabs in Judea and Samaria) voted Hamas in because Hamas’s social programs are more important to them than Hamas’s plans for genocide.

It is now well documented that the destruction in Gaza by the IDF was limited to areas that Hamas was using to attack Israel, whether it be for their command centers, missile silos, terror tunnels, or terrorist positions. For the most part, areas that were not involved in the fighting emerged from the war mostly unscathed.

Owners of many of the hit buildings were profiting from Hamas, charging them rent and receiving payment for letting Hamas store their weapons there, build terror tunnels entrances underneath their homes, or to set up rocket launchers in their orchards and backyards.

Unfortunately, there were also other civilian locations which Hamas illegally decided to use during the war, to attack Israel from.

The problem is that the international community refuses to report on the Arab civilian’s complicity and collusion with the terrorists, preferring to always portray them as the innocent victims, stuck in a situation out of their control.

Last week a Hamas official accidentally let it slip that Gazans are not letting Hamas back into their homes.

So much for the myth of the innocent and oppressed Gazans who can’t stand up to Hamas.

What was missing until now was any incentive for the Gazans to stand up to Hamas.

After all, the media and the UN teach them that there are absolutely no consequences to their actions – so why not let part of your house be converted into a missile silo to wipe out the Jews.

But now, the Gazans have learned an important life lesson. If you participate in any way in the genocidal attempt to destroy Israel, there are significant consequences to your actions.

The media should keep showing these photos of the destruction in Gaza.

Some day, the Gazans and the Arabs in Judea and Samaria will demand the right to vote from their leaders in the Palestinian Authority and Hamas.

Unfortunately, a poll right after the war showed that Hamas was more popular than ever.

But perhaps, just perhaps, with a little retrospection, they’ll look at these pictures from Gaza and say, “We want a third option.” 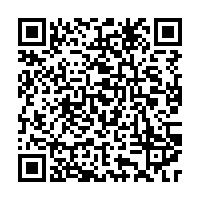