Hamas would win election in Judea and Samaria and well as Gaza and Ismail Haniyeh would defeat Mahmoud Abbas if elections were held today, according to a new poll conducted by the Palestinian Center for Policy and Survey Research.

Before the war in Gaza, Abbas had a 12 point margin over Haniyeh, 53 percent against 41 percent.


The new survey was carried out on the last day of the war and during the first four days of last week’s cease-fire. If elections were held today, Haniyeh would trounce Abbas by a 2-1 margin, with 61 percent support of the voters as opposed to only 32 percent for Abbas.

The pollster, Khalil Shikaki, said that Abbas probably will recoup some of his losses because Hamas’ popularity previously fell after battles after mini-wars with Israel, but a 2-1 gap will be hard to overcome.

In addition, 72 percent of Arabs in Judea, Gaza and Samaria support the Hamas strategy of using arms to attack Israelis in Judea and Samaria.

An overwhelming majority of 79 percent believe that Hamas won the war.

Hamas has not enjoyed such high support in Judea and Samaria since 2006, shortly after it ousted Abbas’ Fatah faction from Gaza in a bloody terrorist militia war.

To a certain extent, Abbas’ propaganda machine is directly responsible for Hamas’ overwhelming support. Years of demonizing Israel and Jews in the school system and in Palestinian Authority media has produced the desired effect of widespread hate and distrust of Israel and Jews.

False, malicious and twisted reporting have convinced Arabs in Judea and Samaria that the “occupation” is the cause of all or their problems, and a recent on-the-street survey by a Canadian living in Israel discovered that most Arabs that Israel carried out a “holocaust” in Gaza. Most of those interviewed also are ignorant of the Holocaust or think that the numbers of those butchered by the Nazi was grossly exaggerated, as seen in the video below.

Last month, the Israel Security Agency (Shin Bet) announced that a Hamas network, directed from Turkey, was planning a coup to overthrow Abbas. Haaretz reported Tuesday that a partial transcript of the investigation revealed that the plan actually was to wait for the Palestinian Authority to collapse and then take over power.

However, Hamas propaganda has consistently tried to undermine the Abbas regime, and every terrorist attack in Judea and Samaria weakens Abbas’ image that he is able to provide security.

Abbas has made a Frankenstein out of the “Peace Process,” demanding everything and accepting no compromise. The longer he cannot come up with the goods, the more his popularity falls. His only hope to force Israel to agree to impossible demands, such as allowing mass immigration of millions of so-called “refugees” and giving up land to connect Gaza with Judea and Samaria, is to go to the United Nations and the International Court. That process, which would provide doubtful result but in any case could take years, and the Arab street has lost its patience.

If U.S. Secretary of State John Kerry still thinks he can fall out of the clouds with his precious peace process, which has proved to be a war process, he will have a hard time pretending that Hamas is not in the picture. 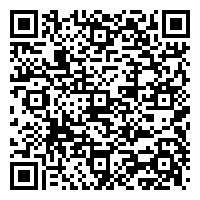