Contrary to political correctness, Palestinian Arabs have not been in the area west of the Jordan River from time immemorial; no Palestinian state ever existed, no Palestinian people was ever robbed of its land and there is no basis for the Palestinian “claim of return.”

Most Palestinian Arabs are descendants of the Muslim migrants who came to the area between 1845 to 1947 from the Sudan, Egypt, Lebanon, Syria, as well as from Iraq, Saudi Arabia, Bahrain, Yemen, Libya, Morocco, Bosnia, the Caucasus, Turkmenistan, Kurdistan, India, Afghanistan and Balochistan.

Arab migrant workers were imported by the Ottoman Empire and by the British Mandate (which defeated the Ottomans in 1917) for infrastructure projects: The port of Haifa, the Haifa-Qantara, Haifa-Edrei, Haifa-Nablus and Jerusalem-Jaffa railroads, military installations, roads, quarries, reclamation of wetlands, etc. Illegal Arab laborers were also attracted by the relative economic boom in British Mandate Palestine, stimulated by Jewish immigration.

According to a 1937 report by the British Peel Commission (Palestine Betrayed, Prof. Efraim Karsh, Yale University Press, 2010, p. 12), “The increase in the Arab population is most marked in urban areas, affected by Jewish development. A comparison of the census returns in 1922 and 1931 shows that, six years ago, the increase percent in Haifa was 86, in Jaffa 62, in Jerusalem 37, while in purely Arab towns such as Nablus and Hebron it was only 7, and at Gaza there was a decrease of 2 percent.”

As a result of the substantial Arab immigration between 1880 and 1947– and despite Arab emigration caused by domestic chaos and intra-Arab violence – the Arab population of Jaffa, Haifa and Ramla grew 17-, 12- and five-fold, respectively.

The conquest by Egypt’s Mohammed Ali between the years of 1831 and 1840 was solidified by a flow of Egyptian migrants settling empty spaces between Gaza and Tulkarem up to the Hula Valley. They followed in the footsteps of thousands of Egyptian draft dodgers, who fled Egypt before 1831 and settled in Acre. The British traveler, H.B. Tristram, identified, in his 1865 “The Land of Israel: A journal of travels in Palestine” (p. 495), Egyptian migrants in the Beit Shean Valley, Acre, Hadera, Netanya and Jaffa.

Many of the Arabs who fled in 1948 reunited with their families in Egypt and other neighboring countries.

“30,000-36,000 Syrian migrants (Huranis) entered Palestine during the last few months alone,” reported La Syrie daily on August 12, 1934. Izz ad-Din al-Qassam, the role model for Hamas’ terrorism, which plagued Jews as early as in the time of British Mandate Palestine, was Syrian, as were Said el-A’az, a leader of the 1936-38 anti-Jewish pogroms and Kaukji, the commander-in-chief of the Arab mercenaries who terrorized Jews in the 1930s and 1940s.

Libyan migrants settled in Gedera, south of Tel Aviv. Algerian refugees (Mugrabis) escaped the French conquest of 1830 and settled in Safed (alongside Syrians and Jordanian Bedouins), Tiberias and other parts of the Galilee. Circassian refugees, fleeing Russian oppression (1878) and Muslims from Bosnia, Turkmenistan, and Yemen (1908) diversified the Arab demography west of the Jordan River.

Mark Twain wrote in Innocents Abroad (American Publishing Company, 1969): “Of all the lands there are for dismal scenery, Palestine must be the prince…. Palestine is desolate and unlovely.” Analyzing Mark Twain’s book, John Haynes Holmes, the pacifist Unitarian priest, cofounder of the American Civil Liberties Union and the author of “Palestine Today and Tomorrow – a Gentile’s Survey of Zionism” (McMillan, 1929) wrote: “This is the country to which the Jews have come to rebuild their ancient homeland…. On all the surface of this earth there is no home for the Jew save in the mountains and the well-springs of his ancient kingdom…. Everywhere else the Jew is in exile…. But, Palestine is his…. Scratch Palestine anywhere and you’ll find Israel…. [There exists] not a road, a spring, a mountain, a village, which does not awaken the name of some great [Jewish] king, or echo with the voice of some great [Jewish] prophet…. [The Jew] has a higher, nobler motive in Palestine than the economic…. This mission is to restore Zion; and Zion is Palestine.”

The Arab attempt to gain the moral high ground and to delegitimize the Jewish State – by employing the immoral reinvention of history and recreation of identity – was exposed by Arieh Avneri’s “The Claim of Dispossession” (Herzl Press, 1982) and Joan Peters’ “From Time Immemorial” (Harper & Row, 1986), which provide the aforementioned – and much more – data. 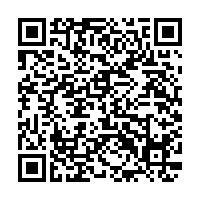