The announcement of the restoration of Israel-Turkish relations should be seen in the context of Turkey having nowhere else to go.


Turkey’s relations with Israel have been strained, to put it mildly, since 2010 when, through a non-profit organization, Turkey funded the 2010 Gaza Flotilla aimed at breaking the Israeli-Egyptian blockade of the Hamas-ruled Gaza Strip.

After a bloody confrontation, which ended in the deaths of nine Turks, Turkey demanded that Israel be tried in the International Criminal Court (ICC) and subjected to UN sanction. The ICC ruled that Israel’s actions did not constitute war crimes. In addition, the UN’s Palmer Commission concluded that the blockade of Gaza was legal, and that the IDF commandos who boarded the Mavi Marmara ship had faced “organized and violent resistance from a group of passengers,” and were therefore required to use force for their own protection. The commission, however, did label the commandos’ force “excessive and unreasonable.”

Turkey’s President Recep Tayyip Erdogan had already in the past show hostility towards Israel. Already in 2009, then Prime Minister Erdogan denounced Israel’s President Shimon Peres publicly at the Davos World Economic Forum. “When it comes to killing, you know very well how to kill. You know very well how to kill.” When Hamas was thrown out of Damascus, Erdogan invited Hamas leaders Khaled Mashaal and Ismail Haniyeh to put the terrorist organization’s “West Bank and Jerusalem Headquarters” in Istanbul.

Speaking at the Paris rally in January 2015, after the murderous attack on the Charlie Hebdo offices and the terrorist murder of four Jews in a kosher supermarket, Turkey’s Foreign Minister Ahmet Davutoglu said, “Just as the massacre in Paris committed by terrorists is a crime against humanity, Netanyahu… has committed crimes against humanity.” Erdogan, speaking in Ankara, said he could “hardly understand how he (Netanyahu) dared to go” to the march in the French capital. Just last month, Davutoglu told an audience, “Israel kneels down to us.”

Turkey’s foreign policy choices and current crises have combined to make Erdogan reach out to Israel for help. Erdogan came to office as Prime Minister in 2003 with a policy of “zero problems with neighbors,” but has since led Turkey to problems with most, if not all, of them. Alon Liel, former Director General of the Israeli Foreign Ministry said, “Turkey didn’t do very well in the last five years in the region. Turkey needs friends.”

That is an understatement.

Turkey helped Iran evade international sanctions, but has since fallen out with the Islamic Republic of Iran over its support of Syria’s Bashar Assad. A Muslim Brotherhood supporter, Erdogan was close to Egypt’s former President, Muslim Brotherhood member Mohamed Morsi, and has been an outspoken adversary of President Abdel Fattah el-Sisi. Turkey was and remains a conduit for arms and money for various parties to the Syrian civil war. The U.S. has demanded that Erdogan seal Turkey’s border with Syria, which he has not done. Turkey also has bombed Kurdish fighters; deployed its forces to Iraqi territory and declined to remove them; and sold ISIS oil on the black market. There are allegations that the Turkish government knew sarin gas was transferred to ISIS across Turkish territory. In November, Turkey shot down a Russian military jet, in the biggest move down the current slide of Turkish-Russian relations, which began when Vladimir Putin stepped in to prevent the collapse of Syria. [This is on top of historical animosity between Turkey, the successor to Muslim Ottoman rule, and Russia, the self-proclaimed defender of the Christian Orthodox Church.]

Russia, furious at the downing of its plane, instituted a series of economic sanctions against Turkey, the most important of which is suspension of the TurkStream project, designed to boost Russian gas exports to Turkey. Turkey is the second-largest importer of Russian gas, after Germany.

As a corrective to all of Turkey’s “problems with neighbors,” Erdogan raised the possibility of renewed relations with Israel — which is currently finalizing the mechanism for developing large offshore natural gas fields. Erdogan told Turkish media last week that normalization of ties with Israel would have benefits for Turkey. Insisting that Israel must still end the blockade of Gaza (not happening), apologize, and pay reparations for the flotilla, Erdogan nevertheless made clear his desire for progress — or at least for Israeli gas.

It’s not as if Turkish-Israel relations were ever entirely severed. Since the flotilla confrontation, Turkey-Israel trade doubled in the past five years, to $5.6 billion. While arms deals signed prior to 2010 have been put on hold, trade in civilian chemicals, agricultural products, and manufactured goods has increased. And, in one of those “only in the Middle East” stories, Turkish businesses have been shipping goods to Israel by sea, then trucking them across the country to Jordan and beyond, in order to avoid having to ship overland through Syria.

The basis for increased trade, including gas sales, is there, and Israel has weighed the price and found it acceptable. Israel will pay Turkey $20 million; Turkey will expel the Hamas leadership from Istanbul and will purchase Israeli gas.

After entering office in 2003, Erdogan offered Turkey as a model for democratic governance in a Muslim country. President Obama called him one of the foreign leaders with whom he was most comfortable. But Turkey’s was always a double game. The restoration of relations with Israel is less a political reconciliation than an admission of the utter bankruptcy of Turkey’s last five years of diplomatic endeavor. 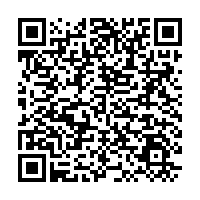