(JNi.media) Hezbollah owned Al-Manar TV reported on Saturday that Samir Kuntar, the terrorist organization’s chief of the Golan front, was killed in an Israeli airstrike on a residential building in Jaramana, on the southeastern outskirts of Damascus. The report said the building was hit with four missiles launched by two Israeli warplanes.

Update: Hezbollah confirmed that Kuntar, known in Lebanon as “The Dean of Lebanese Prisoners” for spending almost 30 years in Israeli prison, was killed along with eight others in the airstrike.

This time, Kuntar’s brother, Bassam, confirmed the death, writing on his Twitter and Facebook pages that his family “was honored to join families of martyrs.” Not a minute too soon, as far as Israel is concerned. Kuntar is associated with one of the most vile terrorist attacks on Israeli civilians, when he was but a lad of 16.

On April 22, 1979, Kuntar led a group of four PLF terrorists who entered Israel from Lebanon on a 55 horse-power motorized rubber boat. They arrived at the Israeli coastal town of Nahariya around midnight and killed a policeman, Eliyahu Shahar, who happened in their path. The group then entered a building on Jabotinsky Street where they broke into the apartment of the Haran family and took 31 year-old Danny Haran hostage along with his four-year-old daughter, Einat. The mother, Smadar Haran, was able to hide in a crawl space above the bedroom with her two-year-old daughter Yael, and a neighbor. Yael was accidentally suffocated by her mother’s attempts to keep her quiet while the murderers were searching the apartment for more victims.

Kuntar and his men took Danny and Einat down to the beach, where a shootout ensued with Israeli policemen and soldiers. When the terrorists discovered that their rubber boat was ripped by gunfire, Kuntar shot Danny at close range in the back, in front of his daughter, and drowned him in the sea to ensure he was dead. He then smashed the head of 4 year-old Einat on beach rocks and crushed her skull with the butt of his rifle. In Kuntar’s trial he disassociated himself from the murder of the little girl, but an Israeli doctor testified that the girl was killed by “a blow from a blunt instrument, like a club or rifle butt.” The pathologist’s report showed that Einat’s brain tissue was found on Kuntar’s rifle.

A second policeman was killed in the shootout, along with two of the terrorists. Kuntar and another member of the group, Ahmad Assad al-Abras, were injured and captured. Al-Abras was freed by Israel in a prisoner exchange in May 1985. Kuntar was released in 2008 in a deal with Hamas, in exchange for the bodies of two IDF soldiers.

In November 2008, Syrian president Bashar Assad presented Kuntar with a medal, and in 2009 he was honored by Iranian President Mahmoud Ahmadinejad.

After his release, Kuntar began working for the Hezbollah terrorist group as a senior officer, and in recent years was involved in attempting to set up a terror network on the Golan Heights along Israel’s border. 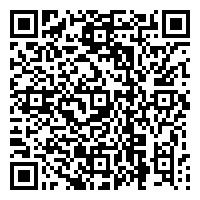