Although I speak and write a lot, I am a man of action far more than one of words. I believe that every Jew should live in Israel, so 27 years ago, I took my wife and four little kids and moved from Long Island to Netanya. I believe that the Torah is true and Hashem’s instructions are clear, so I keep every commandment and law to the best of my ability. I believe that the Rabbis are Hashem’s messengers, so I follow their guidance and direction.

That’s how I live my life and I don’t consider myself a hero because of it. When something is true, I make it happen and make it real. I never let the truth remain as an intellectual exercise. Why do I mention this? Because two weeks ago the president of the United States stated a truth which he immediately followed up with an action. Truth: Jerusalem is the capital of Israel. Action: Instructing the State Department to begin moving the U.S. embassy from Tel Aviv to Jerusalem.


Compare that to the prime minister of Israel. Truth: Jerusalem is the capital of Israel. Action: Jews cannot walk freely in 30 percent of the city. (If a Jew gets stabbed in the Muslim quarter, the first reaction is always; “What was he doing there??”) Jews cannot pray on the Temple Mount and must present a photo ID and be physically checked just to walk there. (This applies to Jews only.) Jews cannot build in Jerusalem. (Over 30 building projects – in Jerusalem – have been put on hold by the present Israeli government.)

So, I ask you: What does Bibi Netanyahu mean when he says that “Jerusalem is the capital of Israel”? Trump was very clear what he meant, but I cannot figure out what Bibi means. His words go to the right but his actions go to the left. 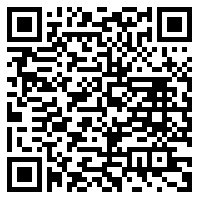