Numerous organizations promoting Aliyah, mainly from the US, France and the UK, have warned that the new IDF draft guidelines may deter medical doctors from immigrating to Israel.

According to the Knesset website, the IDF is planning to change its guidelines for recruiting new immigrant physicians in 10 days – without prior notice. Currently, new immigrant medical doctors ages 32 and under are required to serve 18 months in the army. The new guidelines raise the maximum draft age for new immigrant doctors from 32 to 35, and sets the minimum service period at two years.


In addition, immigrant female physicians and dentists who are single and have no children – who were exempt from army service until now, will be required to enlist.

MK Avraham Neguise (Likud), chairman of the Knesset Immigration, Absorption and Diaspora Affairs committee, on Wednesday stressed that “Immigration to Israel is the air this country breathes and the essence of its existence. The new IDF guidelines pertaining to immigrant doctors were undoubtedly issued without consulting anyone and without placing Aliyah at the top of the list of priorities.”

Ronen Fuxman of Nefesh B`Nefesh warned the committee that the new guidelines may deter doctors from making Aliyah because of how serving in the IDF may affect their families, and mainly because the army cannot guarantee that they will continue to work within their area of expertise as part of their service. In addition, he said, physicians in the United States rack up some $200,000 in debt by the time they complete their studies, and they will never be able to pay it off while earning a military salary in Israel.

“Due to the new guidelines, doctors will postpone their Aliyah to Israel by a few years, set up a private practice, settle down, their children will grow up – and instead of making Aliyah at age 32, at the height of their professional careers and Zionist fervor, these doctors will immigrate to Israel when they are 50,” he said, adding: “The new guidelines were established without consultation, in the dark, and in an unfair manner.”

Yonatan Rubinstein of the Gvahim organization, which “integrates skilled new immigrants and returning citizens in the Israeli job market and entrepreneurship ecosystem,” said hundreds of French doctors have considered immigrating to Israel, “but because of these obstacles they move to other countries instead.”

Miriam Lesser of the Council of Immigrant Associations explained that a family which immigrates to Israel needs the head of the family particularly during the first two years – for economic, social and educational reasons.

Lt. Col. Tzachi Revivo, deputy commander of the IDF`s Meitav recruitment division, said in response that the guidelines are still being developed and that they were published by the IDF website “without our consent.”

The head of the Immigrant-Physicians Division in the IDF Medical Corps told the committee that there is a severe shortage of doctors in the army and that “the self-confidence, professional experience and expertise immigrant physicians acquire during their army service, ahead of their integration into the civilian health system – is invaluable.”

“Invaluable” as in not having the value required to pay back medical school loans?

Still, according to Revivo, as many as 155 immigrant physicians have enlisted in the IDF over the past seven years. 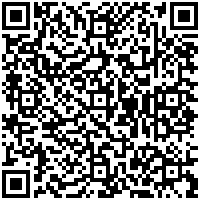