Say the word “Liverpool” and, assuming you are over a certain age, you start to think of Ringo, George, Paul, and John (a pop group called the Beatles, for you millennials out there).

Liverpool is my favorite English city, chiefly because of the temperament and character of its people and their cheeky sense of humor. Sadly, it is currently in the news because of a topic that is anything but funny.

Alfie Evans was born in May 2016 and rushed to the hospital in December of the same year after suffering seizures. He was diagnosed with an incurable neurological condition and has been in the hospital ever since.

The little boy’s parents have been fighting in the courts to keep their son alive and his case has been argued in the UK’s Supreme Court and European Court of Human Rights. Last week, his family lost their latest legal appeal and Alfie’s life support was switched off. But then something unexpected happened. Alfie carried on breathing without the life support.

The parents’ legal team rushed back to the High Court to try to get a judge to overturn the previous ruling. They wanted to take their baby to Italy. A hospital there had offered to help with treatment. The Italian government had given the baby Italian citizenship and the pope tweeted his support for the move. The High Court refused to allow Alfie to fly to Rome. He died five days later.

This case has provoked deep passions. Some people saw the parents’ attempts to move their son to a new hospital as cruel and even abusive. They were quick to dismiss the other side’s position as stemming from “religious extremism.” Others said it was the hospital and court’s decisions that was cruel and stemmed from “secular extremism.”

Questions such as these are never simple and always cause great pain and anguish. I once sat on a UK government committee examining the ethics of random clinical trials. Often clinicians test a drug’s effectiveness by taking a group of patients suffering from a disease and giving half of them the potentially life-saving drug and the other half a placebo. Our job on the committee was to consider the ethnics of this approach and see if we could develop a rigorous scientific alternative.

As this was in the early ‘90s and thousands of people were dying of AIDS, ours was hardly a mere academic exercise. Then too, there were compelling arguments on both sides of the issue and, of course, emotions ran high.

Then there was the time I was invited to debate at Manchester University on the topic of euthanasia. I knew that speaking in front of such a large academic audience, I would have to research and marshal my facts very carefully. I anticipated that I would have to take a “G-d-centered” position to debate my pro-euthanasia opponents. The more I researched the subject, though, the more I realized this move would not be necessary. There were so many facts that exposed the weakness of the other side’s case that I ended up basing all my arguments on secular information.

I didn’t win, of course. Emotions ran too high for me to make much headway. When it came to the vote, though, it turned out that I had succeeded in changing the minds of a third of the audience from its previous position, so in that sense I actually scored a victory.

Rabbi Dr. Akiva Tatz and I were once speaking together before a large Jewish audience. Unsurprisingly, given that he is a medical doctor, he chose a medical theme for his lecture: euthanasia. He asked the 400 people in attendance to consider a real story that happened shortly after the State of Israel came into being 70 years ago when medical resources were few and stretched thin.

A doctor and his team rushed toward a ward where two patients were suffering from cardiac arrest. The hospital only had one machine that could help and therefore only one life could be saved. The patient nearest the door was an old man suffering from metastasized cancer and severe dementia. He had been in the hospital for weeks, and was expected to live only two more days at most. The second patient was a 16-year-old boy who had been in a car accident. He had been admitted only a few hours before and was expected to make a full recovery if his heart could be restarted.

Rabbi Tatz finished outlining the scenario and asked the audience which one of the two the doctor should save. Everyone replied that he should save the boy. Rabbi Tatz smiled and then asked if they would like to know which one halacha says you should save. The audience nodded, and he replied, “The one nearest the doctor, the one he came to first!”

I suspect not one person expected that answer. I know I didn’t. Our emotional response irresistibly pulled us toward the boy. But when we start judging what sort of life is valid and worthy and which isn’t, we impose a completely subjective personal or societal view on the matter.

In New York and the UK, an abortion is generally legal before 24 weeks of gestation. In the People’s Republic of China, it is legal up to the very moment the baby’s head enters the world outside the mother’s body.

Most Westerners would be appalled and shocked by the Chinese view, but to the Chinese it is perfectly normal. Life and death questions – from those concerning sick babies to those concerning who gets drugs that might help and who doesn’t – are profoundly difficult and often upsetting to navigate. They are also often deeply subjective and judged by no more than shifting moral fashions.

You can argue these questions in the debating halls of academia or in government advisory committees, but, ultimately, men and women and their judgments are often wrong. A case in point are the Liverpool doctors who expected a little boy to immediately die when they removed his life support.

The Torah lies far beyond society’s whims and changing opinions. Luckily for us, it sets rules that stop us from making subjective – and thus flawed – choices about whose life is valuable and whose isn’t.

The Future of Israel’s Borders: International Law and Islamic Law. Part I 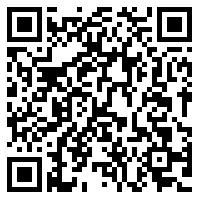